One of the mummies' hands were bound with a robe - not the typical form of mummification. 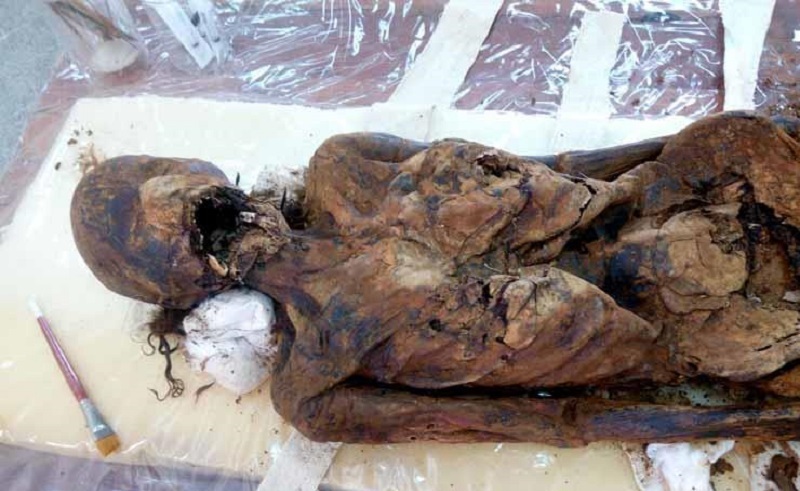 Three years after the launch of the Antiquities Ministry's Mummies Conservation Project, the lead team has successfully finished the restoration of seven mummies in  El-Muzawa'a necropolis in Dakhla Oasis, according to the project's head Gharib Sonbol, Ahram Online reports. Two of the restored mummies have 'screaming face' while the hands of another mummy were bound with rope. “This is not the typical form of mummification, but it indicates that those people were cursed by the god or the priests during their lifetime,” Sonbol explained. The conditions in which the mummies were found offer scholars and researchers with unmatched insight into the living conditions of the eras to which they belong. According to Sonbol, the project's second phase will begin shortly and will include mummies in storehouses all around Egypt.

Check out the photos: