Off the heals of winning an Emmy for his role as Mr. Robot, word has emerged that Rami Malek is set to play Freddie Mercury In an upcoming "Bohemian Rhapsody" biopic. 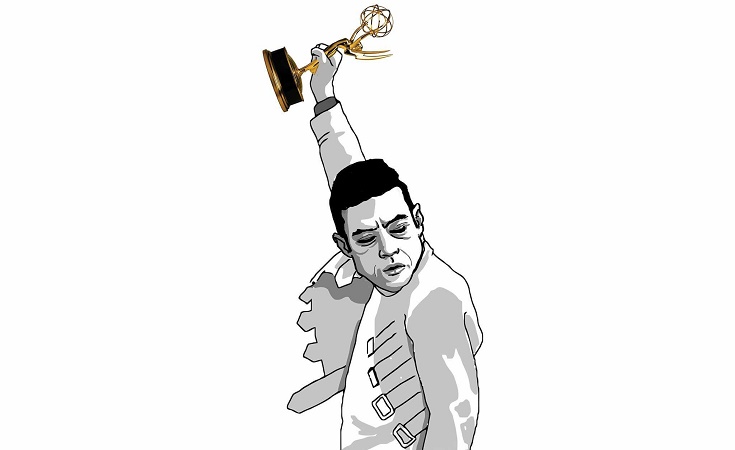 Following his recent Emmy win for his role in Mr. Robot, Rami Malek star shines brighter in Hollywood as he is reportedly set to play Freddie Mercury in the biopic “Bohemian Rhapsody”.

According to Deadline Hollywood, the project will be produced by New Regency, Fox, and Graham King who are currently in talks to have Brian Singer direct the project. To confirm the news Singer took to Instagram to post a picture with him, the producers, and Rami Malek. Set to write the script is Anthony McCarten known for his work on “The Theory of Everything”.

This project has been in development for years and considered for the role at one point was Sacha Baron Cohen, but when he dropped out, King began shopping it around in search of a new lead and director. Well, today’s news suggests the search may be over, and to ensure the authenticity of the biopic former Queen members Brian May and Roger Taylor will join the project as producers as well.

Illustration exclusively made for CairoScene by Ali Alaa.