Sudden 46% Increase in Fuel Prices Implemented at Midnight in Egypt

After the currency floating that took place on Thursday morning, no one expected the gas prices to rise this high in a matter of hours. 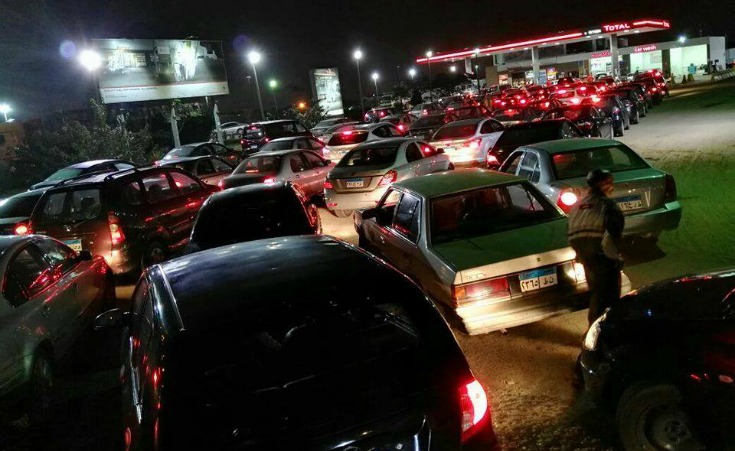 Throngs of vehicles lined up in queues at every gas station in Cairo, waiting to fill up their tanks – one would think there is going to be a gas shortage, but, it became clear through sources such as Youm7, that at around 10 PM the Petroleum Authority announced the price hikes that are going to be implemented in a few hours, causing citizens to rush to the nearest gas stations. The decision, as much as it is expected after recent changes in the economic sphere, is sudden.

This decision follows news of the US Dollar rate decreasing in the black market, and the Central Bank of Egypt's decision to go ahead with floating the pound yesterday, all in response to the massive economic plummet Egypt has experienced in 2016. It also comes as Egypt tries to secure a $12 billion loan from the international monetary fund (IMF), which is conditioned upon implementing such structural economic reforms. Massive queues in front of an Alexandria gas station. Photo by Ayman Dakrory.