The palace has been standing for more than 20 years on the island as a centre for raising awareness on cultural and environmental issues. 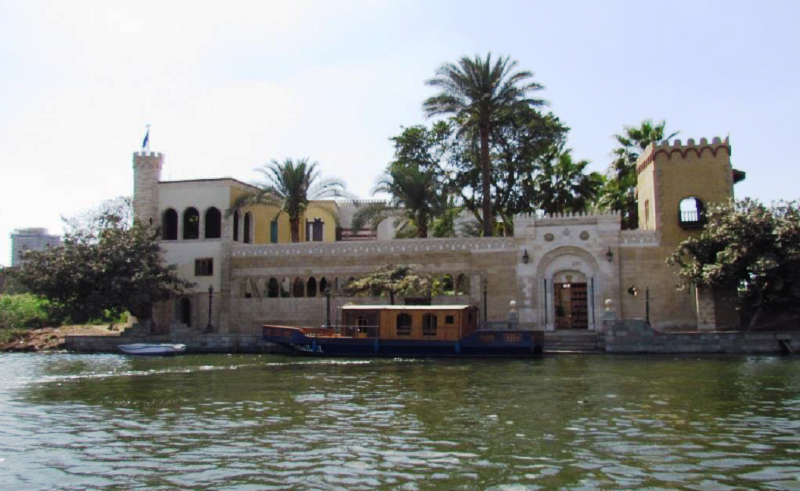 In line with the government's campaign on unauthorised buildings along the banks of the Nile, the architectural gem on Cairo's Dahab Island, The Dahab Palace, received a demolition notice from authorities two days ago, stating that the palace will be demolished next Thursday, threatening to end a 20-year journey in which the palace was established as centre for raising awareness about environmental issues and hosting many international conferences regarding the cause.

Upon receiving the news, a petition from Professor Hannah Nader, an environmentalist who frequently works on the island, was sent to the Minister of Water Resources Mohamed Abdel-Aty to halt the demolition in light of the palace's architectural heritage and its position as a cultural symbol, one which has over the years generated and contributed towards discussions about critical environmental issues Egypt is facing. The news was also followed by an online petition calling on authorities to take the palace's role into consideration before following through with the demolition process.

"The palace is much more than a private enterprise, it was established more than 20 years ago as an initiative from Prince Naguib Abdallah, and it's a one-of-a-kind architectural innovation. It's not only the palace which will be demolished - 23 buildings on the Dahab Island received similar notices," says GUC's Associate Professor of Architecture and Urban Design Cornelia Redeker.

It's worth noting that the palace received an initial violation notice back in 2006, after which the moderators of the palace have knocked on every door in order to legalise the palace's situation, and they've also been paying taxes and utilities consistently, according to Redeker.

Join the online campaign to stop the demolition of the Dahab Palace via Facebook.