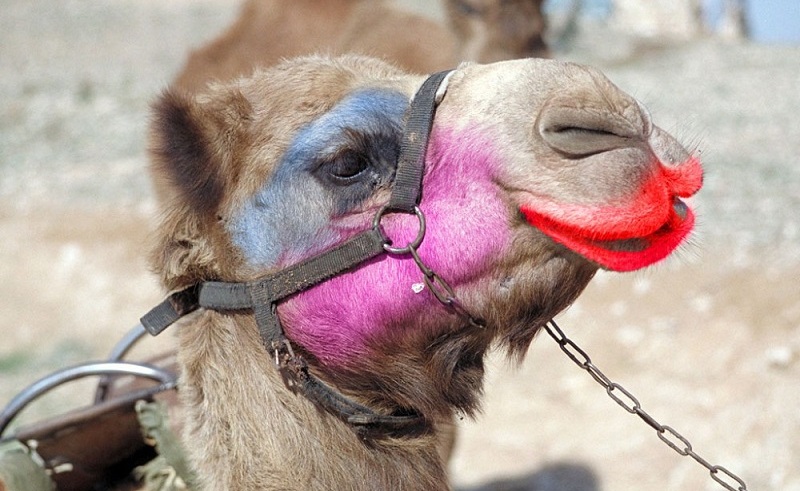 Once upon a pre-oil era, camels constituted a necessity of life for the Bedouin tribes inhabiting the Arabian peninsula as a way to commute and survive. Trillions of dollars and way too many Range Rovers later, the locals have saved their massive population of camels from lives with no purpose by having them compete in the country's widely popular, nation-wide, Camels' Beauty Contest.

The month-long festival on the outskirts of the Saudi Capital has become a destination for camel owners and admirers from around the oil-rich kingdom, who show up with their most stunning camels in pursuit of cash prizes that amount to SR 213 million, equivalent to over an EGP 1 BILLION! Let that sink in.

With stakes being this high, some camel owners have resorted to a myriad of conniving tricks to further beautify their camels, the last of which being... BOTOX! the Judging Committee at the annual King Abdulaziz Camel Festival has disqualified 12 camels from admitting to this year's edition after they've discovered the camels were facially rejuvenated using Botox, as reported by local Saudi news outlets.

The Chief Judge at the festival, which is expecting 300K attendees in this year's edition, explained that camels are a 'national symbol' of Saudi Arabia, therefore strict measures will be enforced towards those who violate the competitions' standards. "Camels that are found with drugs in the lips, shaved, dyed in any parts of the body, or with changes from natural form are not allowed," read the festival's 2017's guidelines pamphlet.

Thank you for the LOLs, Saudi Arabia. You're quiet a special bunch.