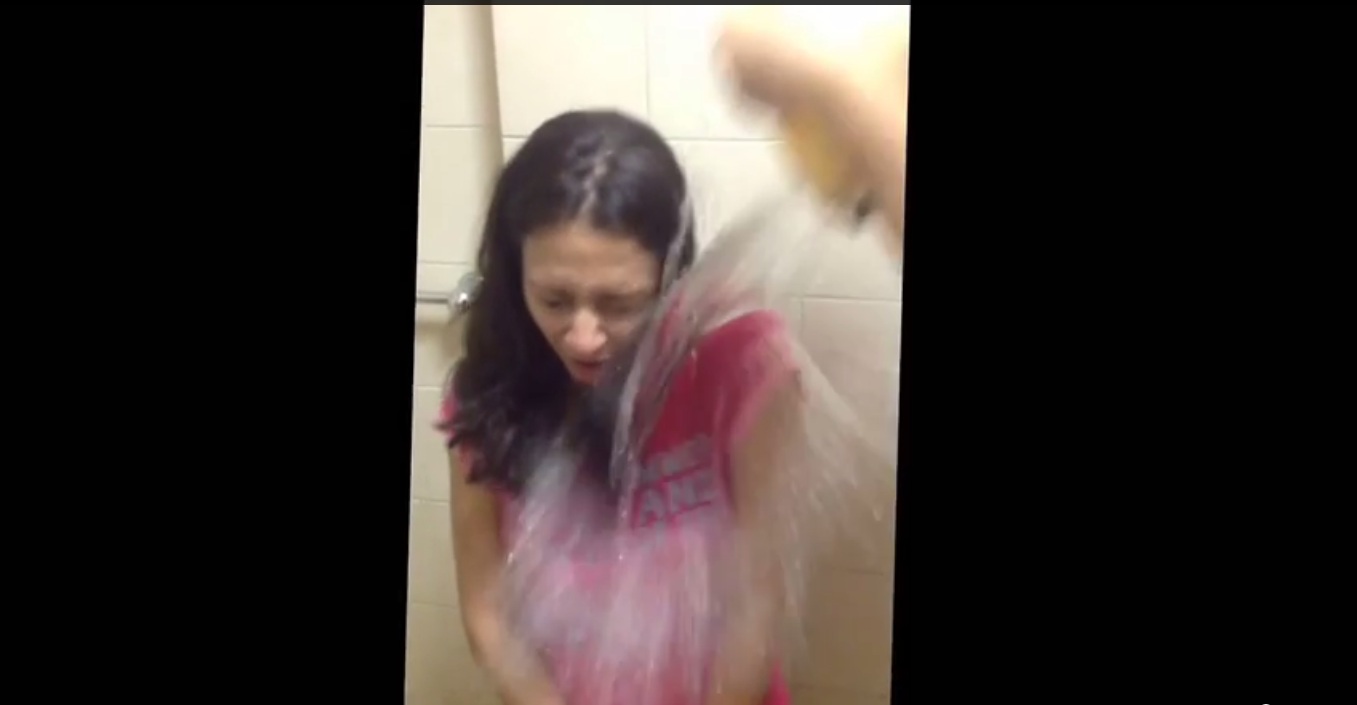 Lately, the internet has been taken over by people pouring buckets of ice over their heads, and our own resident Bitch Sally Sampson was quick to jump on the charitable bandwagon. After being challenged by a friend of hers to do the Ice Bucket Challenge, Miss Sampson then decided to put three more of her close friends to the test before promptly being soaked in a rather undignified manner.

The Ice Bucket Challenge is the latest in a series of viral internet phenomena that involves challenging your friends to do something absurd. However, this separates itself from the neknominations and similar tripe by raising awareness for a disease that is often forgotten. ALS, also known as Lou Gehrig’s Disease, is an incurable and usually fatal condition that affects the parts of the nervous system that deal with voluntary muscle movement. Sufferers of the disease are often left not being able to move any of their extremities, the most famous example of which being world-famous physicist Professor Stephen Hawking.

The Ice Bucket Challenge has taken the world by storm, with Sally joining world famous celebrity juggernauts such as music mogul Simon Cowell, football legend David Beckham, pop music megastar Lady Gaga, and even pro wrestling legend, the immortal Hulk Hogan leaving themselves chilly and soaked in the name of charity. The campaign has managed to raise over $15 million in just a couple of weeks.