A Nigerian pop starlet has offered up her own virginity in return for the 200 girls who are still being held by militant group Boko Haram. 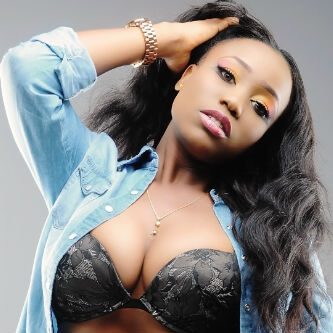 A naughty Nigerian pop star has offered her virginity to  militant terror group Boko Haram in exchange for the 200 kidnapped school girls.
Raunchy music starlet Adokiye Kyrian claims she is willing to offer her own body to the group in exchange for the girls who were kidnapped from a school in Chibok two months ago.
She said: "It is just unfair. They are too young. I wish I could offer myself in exchange."
"They are between 12 and 15 year old girls for Christ sake. I am older and more experienced.
"Even if 10 to 12 men have to take me every night. I don't care. Just release these girls and let them go back to their parents."
The terrorist group abducted more than 300 of the school girls in April. Of those victims, 119 escaped during the siege while another 57 escaped in the first couple of days.
The news sparked international condemnation and the #bringbackourgirls hashtag, favoured by Michelle Obama.
However Kyrian's proposed mercy dash has received a mixed response on social media. One twitter user said: "I share the same sentiments with Adokiye Kynon, Boko Haram must bring back those girls I for one can take their place if he needs sex."
However another added: "Adokiye Kyrian is really hungry for attention and in the process insulting the world's call to Boko Haram to #BringBackOurGirls."
Boko Haram has yet to release a statement on the matter.