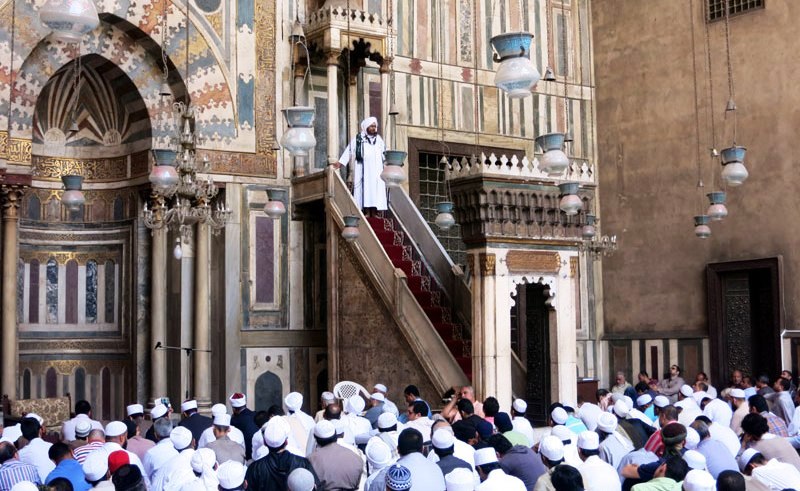 In an effort to curtail the phenomena of religious fatwas that promote extremists' agendas, the religious committee in Egypt's Parliament approved on Thursday a draft law prohibiting the release of fatwas by clerics and sheikhs without authorisation. Clerics and sheikh who do not adhere to the law will be subject to 6 months imprisonment and up to 10K EGP fine, El-Ahram reports.

According to the newly drafted law, Fatwas-issuance will be limited to clerics and Islamic researchers officially associated with four entities; Ministry of Religious Endowment, Al-Azhar, Dar Al-Ifta and The Complex of Islamic research. Any unlicensed cleric seeking to issue public religious fatwas will be obliged to get a license from these four institutions. "The draft law aims to tighten the grip on all forms of radical Islamist agendas, particularly in the form of fatwas," says Omar Hamroush to El-Ahram.

The law is mainly aiming at constraining the issuance of religious fatwas that promote extremists behaviours and ideologies. "Take for example the fatwas they have issued against Egyptian Christian Copts, such as banning Muslims from shaking hands with Copts or exchanging congratulations with them on Christian feasts," Hamroush elucidates.

In the relevant yet separate news, the president of Al-Azhar University Ahmed Hosny was dismissed from his position by the Grand Imam of Al Azhar Ahmed Al-Tayeb on Friday after Hosny declared Islamic researchers and reformer Islam El-Beheiry an "apostate" in a talk show on TV network Cairo Centric on Wednesday, Daily News Egypt reports.

El-Beheiry, who is a fierce advocate for renewal of religious speech and discourse, was sentenced to one year in prison in December 2015 after Al-Azhar took him to court on the grounds of contempt of religion.

In the past, such fatwas/declarations from Al-Azhar clerics have led to numerous assassination attempts against prominent liberal scholars, researchers and public figures like Naguib Mahfouz and Farag Fouda, who was assassinated in 1992 after a similar Al-Azhar fatwa.

It's worth noting that Al-Azhar's current unofficial policy is to prohibit labelling Muslims as apostates, even when their interpretation of religious text deviates from or contradicts that of Al-Azhar.