Statue of Thutmose II to Be Restored After 1,500 Years in Ruins

The statue was found in the eighth edifice of Karnak Temple, an iconic tourist destination in Luxor which will soon reopen as an open-air museum alongside the Luxor Temple and the Avenue of Sphinxes. 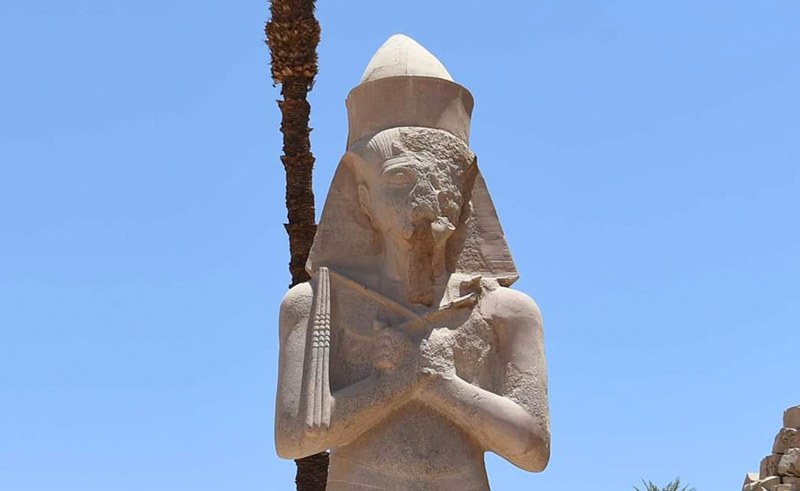 The Supreme Council of Antiquities confirmed that a statue of Thutmose II will be restored 1,500 years after it had been destroyed. Thutmose II is an Ancient Egyptian pharaoh who ruled between 1493 BC and 1479 BC, and is perhaps more famously known for his wife, Hatshepsut, one of the few female pharaohs to have ever ruled Ancient Egypt.

The statue was found in the eighth edifice of Karnak Temple, an iconic tourist destination in Luxor which underwent a major restoration effort alongside the Luxor Temple and El Kebbash Road, an avenue of sphinxes that connects the two temples. Altogether, the area will soon open as a massive open-air museum. A major celebration is reported to accompany the opening on November 4th, although details on what that will entail are still shrouded in mystery.