Heineken are bringing the legendary Trophy and the Manchester United player to Cairo next month and you'll get the chance to get up and close and personal with both. 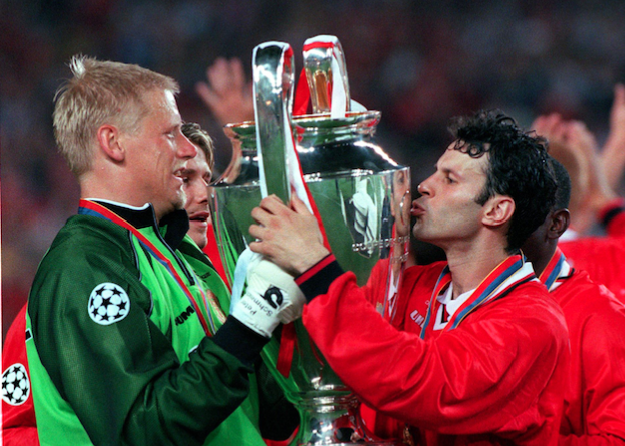 This April, get ready for a footballing occasion more momentous than Hadary's heroics, more exciting than the sight of Salah meandering down the wing - and the ultimate opportunity to become a champion.

The UEFA Champions League Trophy - the cup that's been lifted over the years by European legends such as Zidane, Maldini, and Gerrard - will be coming to Egypt! And not just that but it will be bringing the one and only, two-time Champions League winning, former Manchester United winger Ryan Giggs with it! Yes the very same, *Rips off shirt and swings around head*. The Welsh wizard will be in Cairo to celebrate Heineken's Champion the Trophy Tour that has travelled around the world and will land in Egypt's capital in April. Heineken will be hosting the Trophy and Ryan Giggs at a massive event, where it will give people the chance to take videos and celebrate alongside with the Trophy Encounter, as well as see the man himself. There'll also be great music, international acts, entertainment, fan zone and games throughout the night before the 10 of Heineken Football Lounges’ lucky football trivia winners will get the chance to play a little keepy-up with Giggsy.

Now in addition to this, since the beginning of March, Heineken have also been hosting a special 5-a-side football tournament that culminates with a final with Giggs watching in the stands. The winner of the eight team tournament will get the chance to celebrate with the Trophy as if they've won the UCL, and have a sit down lunch with Ryan Giggs by the Nile before the final. We can't wait to ask him about '99 and '13 and then steal some of his chips. Here's the cool part - you too can win the chance to shake hands with Ryan Giggs and have video Trophy Encounter - without actually sweating on a pitch anywhere or answering any trivia questions. You have until the 20th of March to post a video on Instagram of your best goal celebration - tag @openyourworldegypt and hashtag #ChampionTheTrophy for a chance to win two tickets to the Heineken's event to meet Giggs and Encounter the Champions League Trophy. Follow Heineken on Instagram @OpenYourWorldEgypt and Heineken Egypt on Facebook to stay tuned to the trophy tour as it happens.