Video: "How to Tell if You're M3arras" 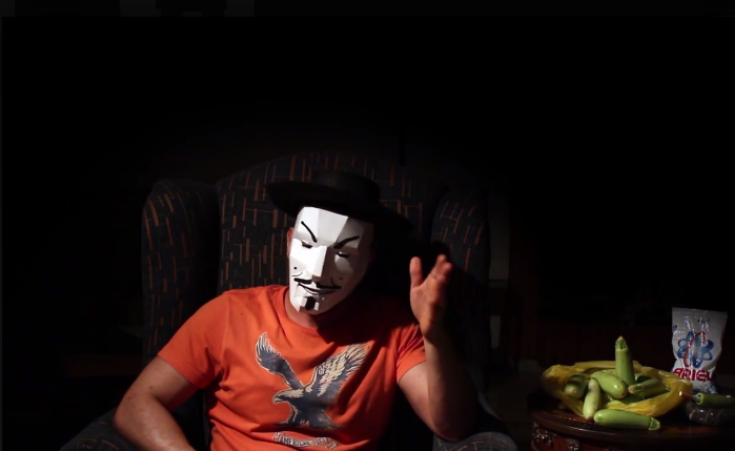 Egypt has been plagued with the some sort of ass-kissing syndrome. For some reason people do this everywhere, but we're guessing they live by the 'you gotta do what you gotta do' mentality. At the same time, it's hilarious to see how it has developed from a shameful practice that was usually hidden to a general shameless attitude. Someone has to call these people out, don't you think? Mistaar V (whose 'goal is not fame, but rather, defamation') does it à la Bassem Youssef from behind a Vendetta mask and calls out what's wrong with our society – categorising the kiss-ass culture into three: met3arras, ma3roos, and a3ras.

The first type is mot3arres, usually an individual who sucks up to anyone in power/authority. He gives the example of those who back off in a fight when they find out the other side has some type of higher-up protection, or those who don't take sides in debates and don't voice their opinions for the sake of maintaining a neutrality they can benefit from later on. More than that, the mot3arres, like many TV channel directors, mourns the death of a king of another country while they won't be seen doing the same for youth who died for this country. He described the mot3arres like an ass crack, they don't belong to the right or left cheek – they're where your boxers get stuck.

The second type is the ma3roos, who is the one people kiss up to. One of the examples he gives is that of well-known cinema stars who often make horrible films but still get praised by other actors for the sake of getting more roles. Hilarious. The third level, which is the highest one of all, is the a3ras – this one is for those who are silent when they see injustice – the word here plays off the word akhras (silent), coming from the proverb 'el saket 3an el 7aq shaytan akhras', meaning 'the one who doesn't speak for others' rights is a silent devil'.

The video concludes with saying that all of the above have not worked hard for anything they've achieved, but that's not the problem – the issue is that they try to convince us that they have. Also, in a Who Wants to be a Millionaire spoof, he gives us four options to choose from: met3arras, ma3roos, a3ras, or all of the above? Which one are you?