In a cruel twist of fate, an Egyptian teacher is filmed while students push him around, force him to dance and even hit him with a belt. 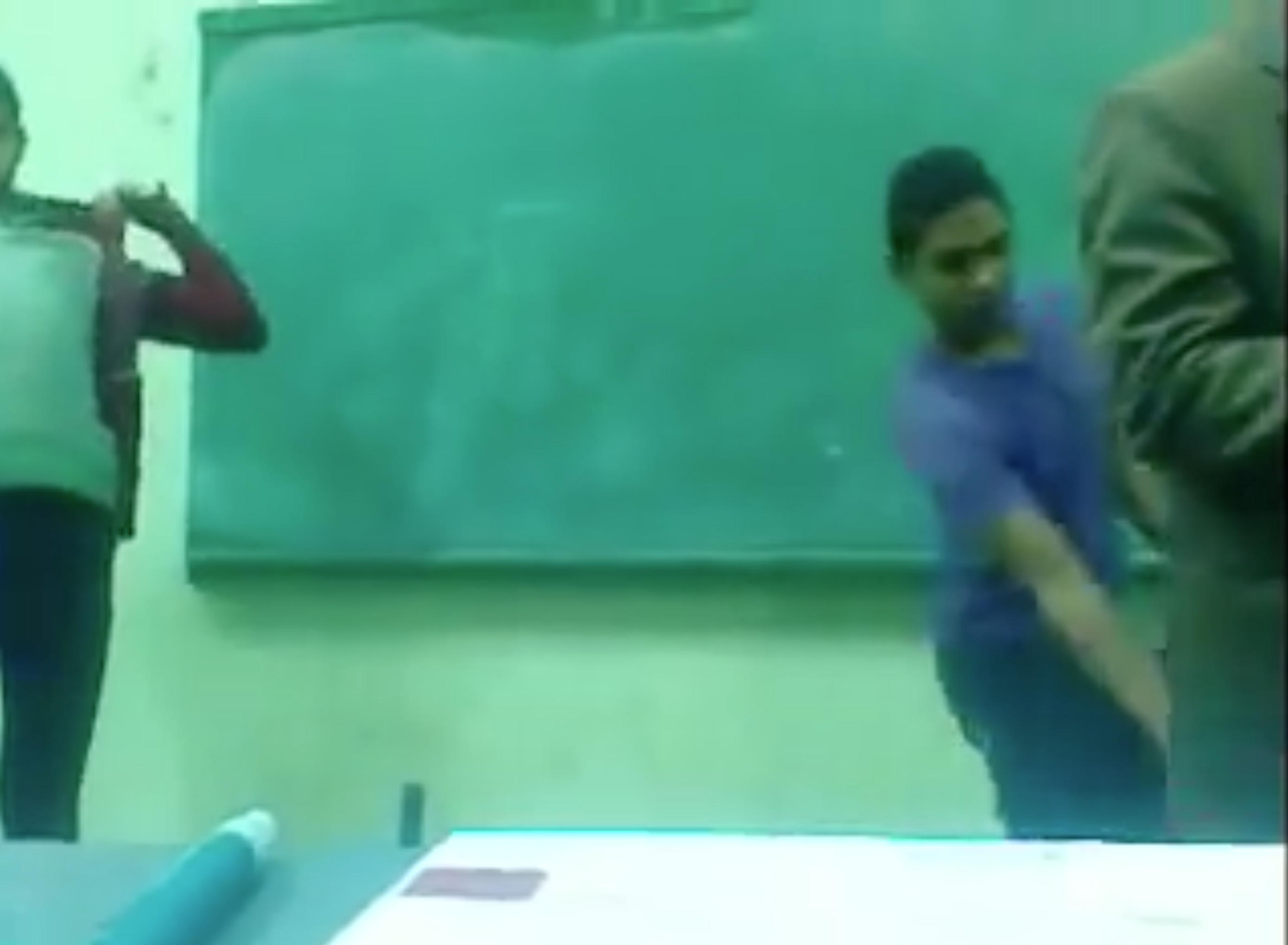 A video recently posted on Facebook certainly caught our attention; the mobile camera footage depicts a group of noisy and disheveled so-called students straight up bullying a teacher. The non-authoritative teacher seems rather submissive as he is pushed around, slapped with a belt, and being forced to dance.

It’s unclear why the teacher isn’t exercising his given authority, as he is clearly not enjoying himself. The students can be seen dancing to Mahraganat and dancing around as the teacher asks the person shooting the video if he’s being filmed and the student vehemently denies it over and over.

If the education system were to be metaphorically summed up as a whole and then conveyed in a four-minute joke, this would be it. A total complete ass of a joke with a Mahraganat soundtrack overlaying the inevitably doomed system we call education in Egypt.

The feedback online to this video has been quite strong with some calling for the teacher to quit saying he is unfit and a disgrace to the profession, while others are blaming the media and the internet and the impact they've had on shaping our youth.

See for yourself, as we're sure this will make the evening news.