Ancient Artefact Theft Could Soon be Punishable by Life Imprisonment

With illegal excavations and artefact smuggling on the rise, Egypt is considering some severe forms of punishment for perpetrators. 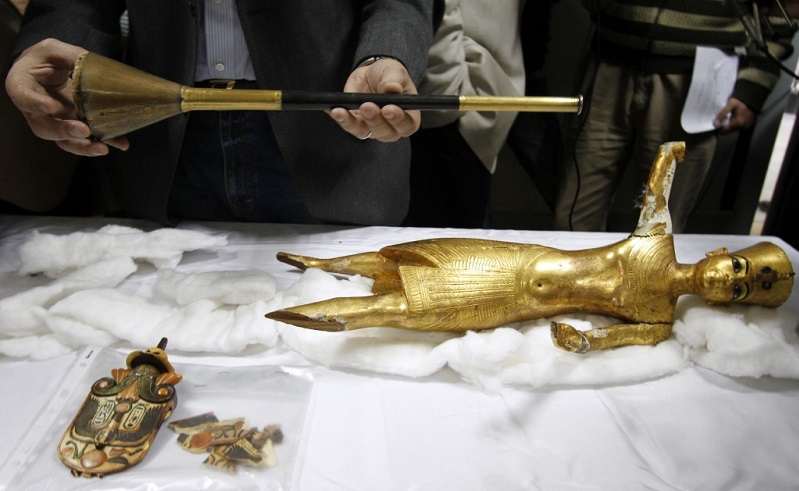 In an attempt to curb the rampant rise of ancient artefact theft the country over, Egyptian parliament is discussing a new legislation that would dramatically increase the penalties against any illegal excavations as well as smuggling and theft of ancient artefacts.

As it stands, the sentence for artefact smuggling - according to Egyptian law - is 15 years in prison in addition to a 1 million EGP fine, with a sentence of 10 years for the illegal removal of unearthed antiquities as well as artefact theft. “Toughening penalties in cases of antiquity theft is necessary if we want to protect our heritage,” said Nader Mustafa, a member of Egypt’s Culture, Media and Antiquities parliamentary committee. “We cannot leave our antiquities to be easy prey for thieves like this.” The new law proposes much more severe punishments; with life imprisonment being the norm and a 10 million EGP fine for smuggling.

According to the Ministry of Antiquities, there are 72 warehouses made specifically to store artefacts, with 35 of them being part of Egyptian museums. The problem, in the eyes of many, is the lax security measures appointed to the warehouses, as well as a lack of proper record-keeping systems. A single warehouse may contain tens of thousands of artefacts, and although they’re regularly documented and registered officially, some don’t end up on record, making theft easier to get away with. Just last August, a warehouse in Maadi was ransacked by a street cleaner, managing to swipe 200 small relics in a sack before fleeing the scene, only to be captured by security.

“Law enforcement is what matters at the end but the presence of the law is always a first step on the road to change,” Mustafa said. “After approving the bill, the parliament will keep an eye on its enforcement to ensure that our antiquities are kept out of the hands of thieves.”