What a way to end the year, eh? 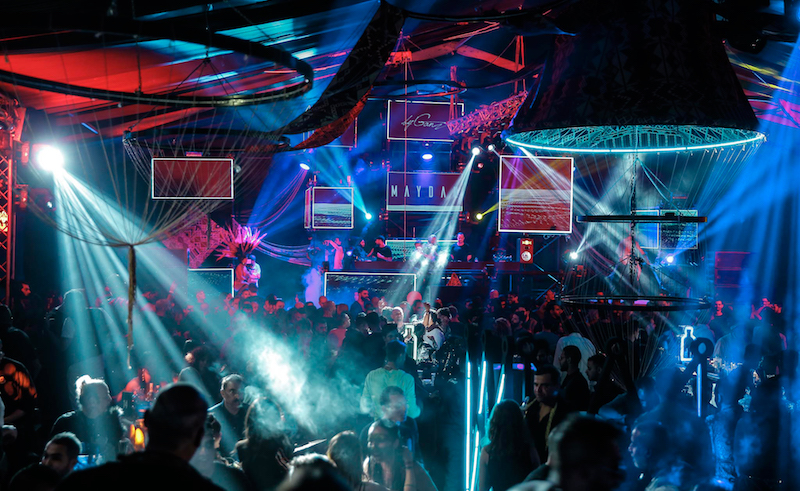 Egypt-based event promoters and party-pushers, byGanz, have long been at the forefront of event planning – not only all across Egypt, but also in Dubai and even Mykonos. Synonymous with the kind of high-end nightlife experience that’s hard to come by and even harder to pull-off, they’ve provided many memorable moments, including Teadance, Disco Fel 90’s, Work It!, The Tale Teller, Maydan and Burning Beach, as well as the infamous Club M: Rubies and behemoth productions for clients like Orascom, Redbull, PMI, BMW, Emaar, Mercedes, BAT and countless more. Focusing on every little detail even in its grandest of productions, byGanz can rightly claim to have set its own standard for electronic music events, thanks in part to its on-point bookings – whether it be from the regional scene or internationally.

Looking to end the yearwith a bang, as they so often do, December 28th and 29th marks another certain notch on the byGanz belt. The name? K, bye!. The place? The stunning Red Sea destination, Sahl Hasheesh. Taking place across the Sahl Hasheesh football field, the mini-festival is shaping up to quite the spectacular, boasting a massive line-up over its two days. Day one sees things kicking-off at with an early evening warm-up set from local tastemaker, Mazen Hamdy, who’ll be followed by Scorpios Mykonos resident, Nick Jojo.

Making only his second appearance in Egypt, fan favourite and Dutch electronic live sensation, Satori, will then take to the stage for one of his signature deep, melodic performances, before Ibiza staple, Valentín Huedo, takes to the stage. Closing it will be one of the biggest DJ acts taking the world by storm at the moment - French trio Apollonia (Shonky, Dan Ghenacia and Dyed Soundorom) who’ll set sail on one of their famed marathon sets.

The second day will start earlier, with crowds set to warm off the winter chills in the sun to an opening set from one of Egypt’s best, Hisham Zahran, who’ll be followed by Beirut’s Überhaus resident, TIA, who’s also making only her second visit to Egypt. As the day turns into night, Henry Saiz & Band will take to the stage for their Egyptian debut as a collective, serving up their hypnotic, complex compositions. Wrapping up K, bye! on day two will be French DJ duo, Birds of Mind, who made a name for themselves with the epic deep house sets and productions that took them all the way to Burning Man’s Robot Heart stage. It’s already been touted as one of the biggest events of the year and is shaping up to be something pretty spectacular – and just to make things that much easier, accommodation-inclusive packages will be on offer. So there’s no excuse not to go, really. For regular reservations, download Qube and do it through there.

This article was originally published on our sister site SceneNoise.