In honor of the late Abel Rahman Al Abnudi's contribution to Egyptian poetry, Egypt's Ministry of Education will be incorporating his poems in the school curriculum. 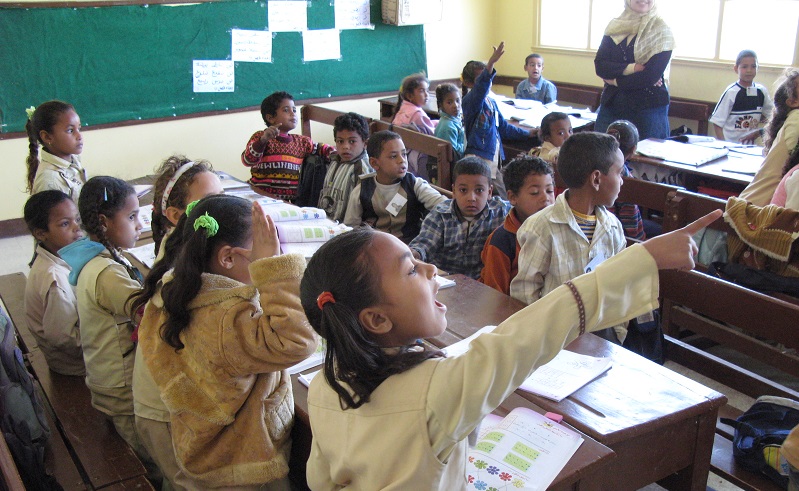 Dr. Tarek Shawky, Egypt's Minister of Education has announced that the late Abdel Rahman Al Abnudi’s poetry - which is written in colloquial Arabic - will be integrated into the school curriculum in Egypt, reported Youm7.

"I know many of Abnudi's poetry by heart and have been moved by his words on more than one occasion. His poetry is a part of our culture and we’ll be adding them to the curriculum starting with the primary grades,” said Shawky.

Adding that Abnudi's poetry is a part of Egyptian identity, the Minister confirmed to anchor woman Asma Kamal, that Egypt's educational system will see a complete change in which students will be taught to perfect the Arabic language; the implementation of which will start from the fourth grade.

The Egyptian poet Al Abnudi, who passed away on Tuesday at the age of 76 after years of deteriorating health -  was considered an iconic figure in Egyptian poetry. Named 'Al Khal' (the uncle), the poet took on the role of being a voice for the poor, the working class and those who were not being heard. As a pivotal symbol for Egypt, pre and post October revolution, Abnudi's poems resonated with many due to his choice of dialect and its reliability to the common Egyptian man.

Being the first Egyptian dialect poet to win the Egyptian State Award for Arts in 2000, the iconic poet also won the Nile Award.