With 12 of the behemoths carrying up to 71 busy Cairenes running amok all over Cairo, Egypt’s public transportation is shaping up. 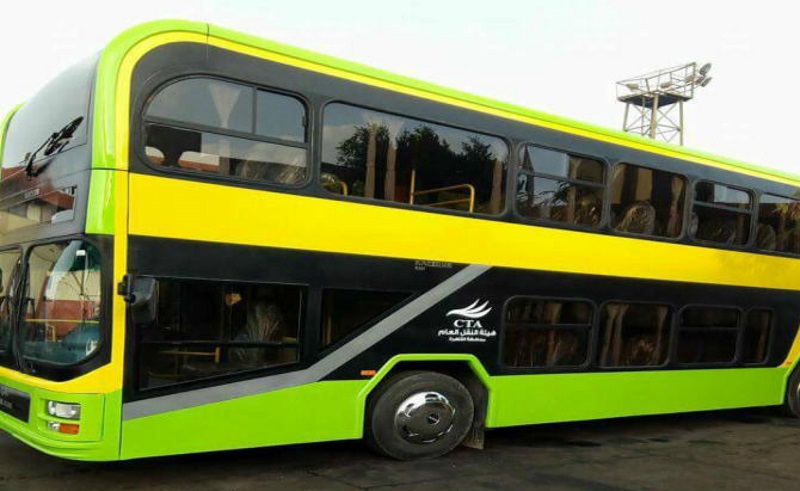 Have you noticed anything new on your (unfortunate) morning commute? Giant, green monstrosities eating people up perhaps? Well then, you’ve just encountered one of 12 new double-decker public transportation buses, courtesy of your friendly neighbourhood Public Transportation Authority and the Kastour company, which may or may not have something to do with the outfits of the same name.

According to Atef Abdel-Hamid, Governor of Cairo, the 12 buses are valued at about 28 million EGP, and are just the first stage of the buses’ rollouts, with the second stage taking place somewhere around the end of this year, adding another 28 double-deckers to the fleet. The buses can haul quite the impressive amount of drones citizens; with 17 on the first floor and 54 on the second, a single bus can shuffle around 71 folks all over Cairo, for just five pounds per ride. Did we also mention they’re air-conditioned? Yeah.

Furthermore, the buses have their own special routes that steer clear of any bridges, tunnels or any obstacles that aren’t compatible with their height, the drivers of each bus are some of the most experienced that the Public Transportation Authority has to offer, and (finally) they’ll also be connecting new urban areas, the likes of the suburban desert that is New Cairo to the bustling Downtown area, making the writer’s life less of a hellish ordeal.