Though he has no recollection of the 1920s in America, Skot Thayer felt right at home at Cairo's one and only speakeasy. 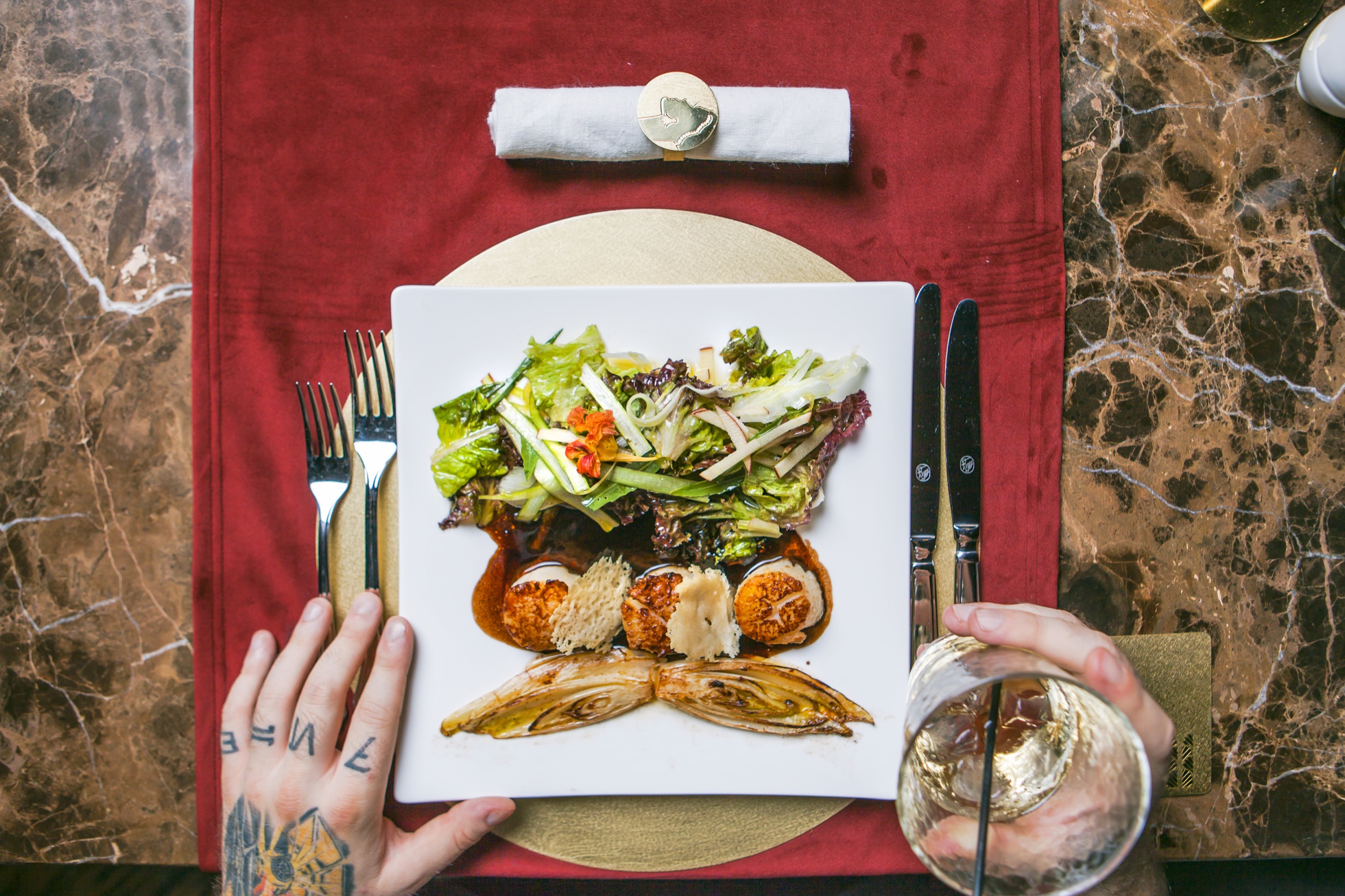 The 1920s in America were a glorious time. High off basically saving the world in World War I and the rapid industrialisation of the economy, things in the States were looking pretty good. That is, until a bunch of squares decided that alcohol was a 'moral ill' and promoted 'public indecency', so they made it illegal. This sparked a massive underground industry of ‘speakeasies’ that provided imbibers with surreptitious means to get their drink on. At the height of prohibition in 1925, there were up to 100,000 of these hidden bars in NYC alone. Now brand-spanking-new joint in town, Nineteen Twenty Five, is capitalising on this theme of clandestine class. The new spot in the Nile City Towers’ North Tower promises all the chic ambiance of the era without having to time-travel. On your way in, you’re greeted by a long corridor lined with curtains along each side, with paintings and mirrors framed in incandescent bulbs. It makes it seem like you're walking backstage at some exclusive cabaret club, winding your way towards the door with a small eye slot and requiring some kind of secret code to enter. To my disappointment, there was no secret knock required, but when the door opened and I came into the restaurant, I was astounded. Glass walls stood lined with the finest wines and other fancy bottles; beyond them, mirror black surfaces made the place feel much bigger than it is, or as though full of portals to alternate dimensional versions of the restaurant. The fanciness was cranked to maximum as the server pulled out my chair for me (which I've come to understand is not in any way him thinking I’m weak and incapable of doing it myself). Sitting back and taking in the environment of Nineteen Twenty Five, with its stark whites and reflective blacks accented by red and gold, I became faintly aware of the soundtrack. As a soulful gospel rendition of Katy Perry’s Roar drifted through the air, I began to weep – on the inside, of course, because I’m a man, in Egypt, at a bar modelled after 1920s America, and nothing undermines the patriarchy quicker than a man outwardly expressing his emotions. It also wasn’t because of the music, though I love Katy Perry as much as the next guy. I inwardly wept tears of joy because of the drink menu. Old fashioneds, martinis, negronis – they were all there, like old friends after an absence too long. I immediately came up with an elaborate plan to go from one end of the menu to the other, to ensure the smoothest transitions. I ordered my drinks just as the intro began to a lounge version of Blurred Lines, and watched the server deliver my order to the suspender-wearing bartender – that's when I remembered Nineteen Twenty Five served food, too. And what food it was. At this point, I’ve gotten pretty good at this fancypants thing. I’m no longer mispronouncing French words in menus; now I just point. And point I did. Scallops with little crispy cheese disks on top, plus seared tuna with an uberfancy version of guacamole for appetizers, with of course another round of drinks. I felt like some kind of old-timey gangster or stock broker who was living it up before he crashed the stock market. At any moment, I expected a group of flappers to come in and dance to Swing versions of Beyoncé and Lady Gaga. The main courses stealthily arrived just as I was about to lick the plate clean. Sea bass that melted in your mouth, not in your hands, and a little baby chicken that I devoured with no remorse. By the end, there was no evidence at all that any food was ever on the plates. Kicking back and relaxing for a minute, appreciating my elusive Egyptian negroni, I drifted off into a reverie of the good old days. Though I wasn’t even kind of around for the roarin’ twenties, Nineteen Twenty Five had me waxing nostalgic. The fancy was broken by the server who insisted I had to get dessert. He recommended a custard and ice cream combo that alternated layers of each with delicious little discs of caramelised sugar. With the food over, I had one last drink. And as the last drop of the precious whiskey touched my lips, another familiar tune began playing over the speakers. Unable to place it at first, I barely paid it any mind as I thanked the chef and the servers for a banging meal. Then the chorus kicked in. Nineteen Twenty Five is an excellent lounge spot and restaurant for those looking for an eclectic evening out, or even an afternoon since they've started serving lunch, but watch out for the crooner Rick Astley cover.