No Stereo, No Problemo!

AmpMe is a new miracle app that will spare you from the burden of always having to remember your speakers... 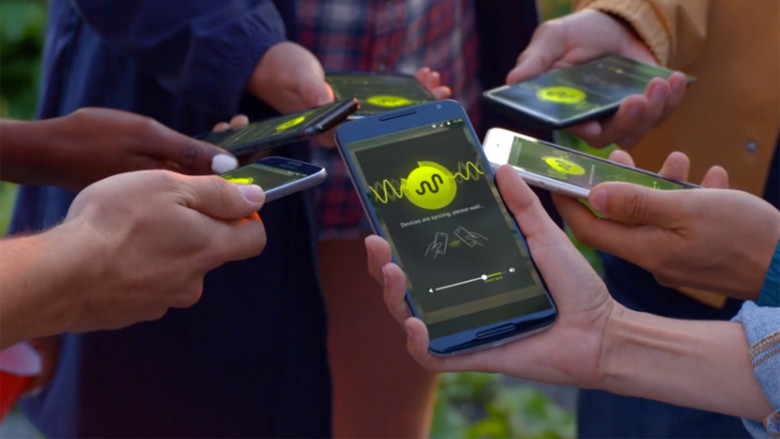 So you've packed your bags, grabbed your crap, thrown your work phone in the toilet, hit the highway and finally arrived in Sukhna. Weekend getaway. The weather is fabulous, the sun is shining, you feel really cool and jetset-y even though you've only ventured an hour away from the city, but no matter; life is good. You've got your friends, your booze, your i-device whatever it may be. Clearly, it is now time to blast some music. DANCE PARTY. But err, no speakers around. Errr, well then. That's quite the bubble burster. In a desperate attempt to remedy the situation some moron comes up with the brilliant idea for everyone play the same song on their phones at the same time. Perhaps, just perhaps, you can re-create the effect of the missing speakers. Even though, in your heart of hearts, you know it will never work, you give it a shot anyway. Music, after all, is a must. And alas, after the 199th time, someone’s always a millisecond early or late. No dance party for you Glen Coco.

Now there's a new amazing music syncing app called AmpMe that has just been released that makes your life a gazillion times easier. This technological beauty allows you to sync songs on as many phones as your listening pleasure desires. Everyone downloads the app and the host (you) controls which song will be played, after which the other phones sync and play the same song upon entering a four-digit party code. In a matter of seconds, your smartphones transform into speakers. Dance party back on bitches.

It gets cooler; the app is available to download on Android and IOS, so it doesn’t matter who has what phone, everyone’s part of the party! No need to spend a fortune on speakers to carry around until you inevitably drop them, shattering them into a million pieces, lose them, or spill beer all over them. Your speakers and your phone have now become one thanks to this brilliant new app. The next time the asshole who was in charge of the speakers forgets to bring them, you're covered. You’re welcome.