Which Smartphone on the Market in Egypt Takes the Best Photos?

Because your camera phone has basically become the be all and end all of life, we pit the three latest and greatest smartphones from Apple, Samsung, and LG to analyze their photographs and solve every millennial's dilemma; which one delivers you the best snaps. 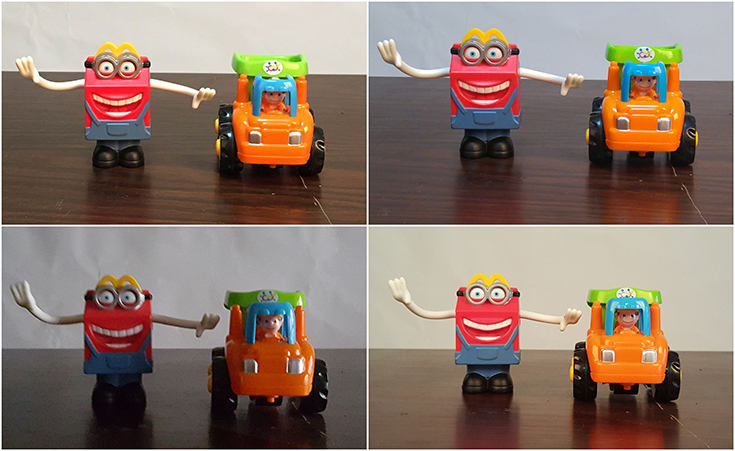 As the old saying goes, "The best camera is the one you have with you." These days, that camera happens to be on your smartphone, so owning a smartphone with a good enough camera is becoming more of a necessity rather than a luxury.

To determine who’s the absolute best, we pit the latest and greatest flagship phones from Apple, Samsung, and LG; the iPhone 6s, the Galaxy S6, and the G4, respectively, against each other.

We took photos in both a well controlled, studio lit environment (first batch below) as well as a poorly lit studio environment (second batch) with each phone to get an idea of how they perform in good lighting conditions and in low light, and these were the results: To be fair, in good lighting it's going to be really tricky to notice any real differences between all three phones. Both the Galaxy S6 and the G4 pack a 16MP sensor, while the iPhone has a 12MP. But, by all means, that doesn't mean its photos are worse.

Taking a look at them, the only difference is that the S6's colors tend to be on the warmer side, while LG's tend to be cooler. The iPhone outputs the most accurate and realistic colors out of the three. Low light shots, however, tell a different story: Taking a closer look, we can see that the Samsung and LG phones are doing much better than their Apple counterpart. That's largely because they both pack in optical image stabilization (OIS), and a wider aperture.

For those of you who might not be familiar with the term aperture, it is the iris that allows light to pass through the lenses. The smaller the sensor, the more light it transmits. The Galaxy S6 and G4 pack f/1.9 and f/1.8 apertures, respectively, while the iPhone packs an f/2.2 aperture. So, theoretically, the Korean phones are more capable in low light.

In conclusion, if you're a casual shooter, you'll be satisfied with either of the three phones. If you're a party animal, however, and you like to capture your nights at your favourite clubs or bars, you're better off with Samsung or LG. Sorry Apple.