Ahmed Samy visits one of Cairo's handful of drug rehabilitation facilities and meets with the CEO and ex-patients to discover the difficulties Egypt's women face when seeking help. 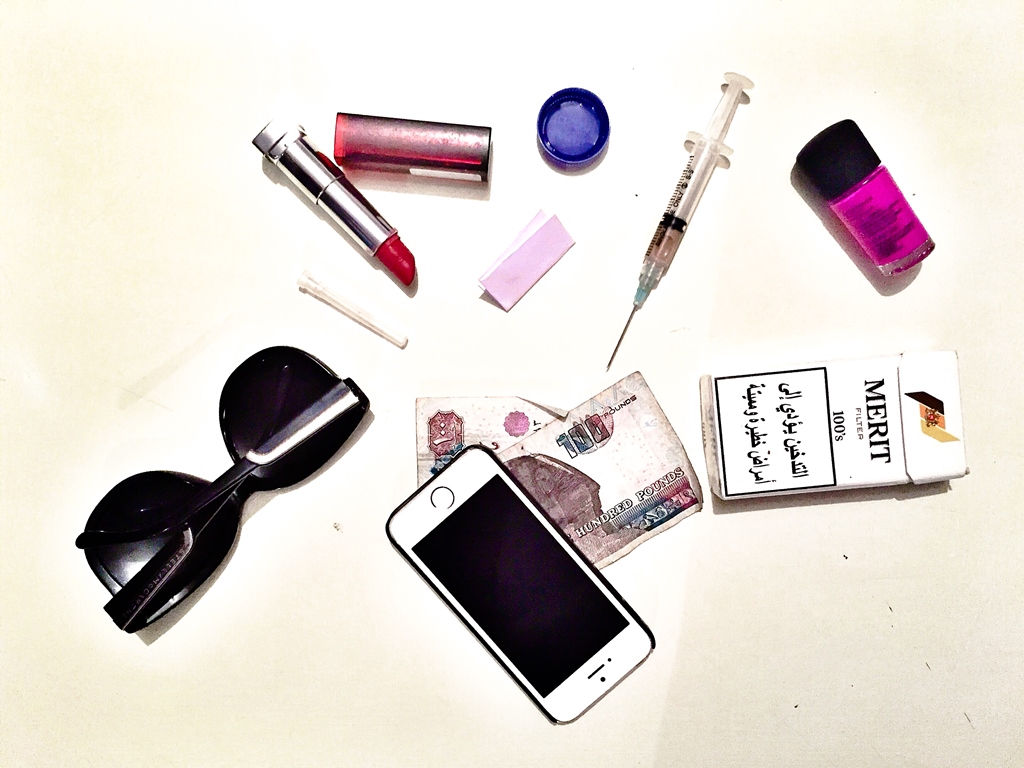 Addiction has been the topic of many articles in this publication, and rightfully so, as the social epidemic seems to be on the rise year after year with relentlessness that shows no signs of receding anytime soon. From 1/4 gram to Ta7t El-Saytara, we have watched and read many productions discussing the aforementioned. Egypt has been seeing a rise in the rate as well as a drop in the age of addicts with some as young as 14-years old being admitted to treatment facilities for heroin and other class A narcotics.

Addiction as a disease doesn’t really differentiate when it’s victimising, as a disease it can strike with disregard to orientation or class. Sure, the victim plays a role initially but once infected, he/she is really at the mercy of many external factors. As a disease, it’s never really cured; once you get it you have it forever. As crippling as the facts and figures tend to be and as horrendous as the tales can get, we chose to take a different path. I visited the reputable Dar El Sakeena, a half-way house, to sit down and talk with CEO and manager Feras El-Wazeery, who opened my eyes to various trends in drug abuse and addiction among Egyptians, including a startling rise in the number of females seeking help. Being in an Eastern nation, the disease of addiction is stigmatised especially when the victim is a female. El-Wazeery explains that ”for the average Egyptian family, girls are brought up to think of and prepare for one thing and one thing only; marriage. And for that to efficiently be executed, the girl has to walk on egg shells all her life. The reputation of a girl, her family, and even her extended family can be deal breakers, and to some degree non-existent hypocritical flawlessness is at play. So with early use of drugs like hash or drinking, the girl has to be very discreet. Even when she starts to feel danger from her drug use she can’t be honest about it and ask for help like a boy might. So she sinks down the rabbit hole further and deeper until it’s too late to take the necessary actions. They often have to completely rely on other friends who use who might want to exploit them, physically, emotionally and mentally.” The unique and stringent type of stigma that comes with being a female drug user in Egypt has devestating knock on effect: “70% of our female patients come to us homeless, completely abandoned as their families are unwilling to help or participate in therapy, which often adds to ailment and causes a sense of alienation that doesn’t really help in the recovery process.

Not to be mistaken for sexism, the situation isn’t better or worse for female addicts just merely different when looking at all the factors of living as an addict in the region. Many girls in our eastern, Islamic driven culture wouldn’t consider going through the trials and tribulations of acquiring and abusing illegal narcotics; they usually start off with prescription drugs like Xanax, sometimes even hypnotics like Siesta which are sold over the counter in most Egyptian pharmacies. When these drugs stop working - and they do - the natural progression is to move to stronger narcotics that still have an affect. Although at home it would be clearly evident that some kind of problem exists, parents often choose to ignore all the obvious first tells, like changes in their sleep cycles, diminished appetite, irrational behavior, constant fatigue and mood swngs. The signs are endless, but it’s the parents’ denial and refusal to acknowledge that such a problem would manifest in their own house that prolongs and deepens the problem. At that rate, it’s not long before they are with their male counterparts chasing after the same thing, in the same way; willing to do whatever it takes to get the next fix.

Nermine, who is six years clean after going through the Dar El Sakeena system, has a different story; one of more hope. She says, “When I got clean a few years back, addiction was really stigmatised, there were no books, and there wasn’t a movie or TV show that truly depicted the epidemic as a disease. In my household, my family merely attributed my actions to bad behaviour rather than a disease.” Like most addicts, it was difficult for her to ask for help, lest it divide the family unit or find her cries for help undermined through lack of understanding. "When I finally asked for help, I was met with the usual cliché solutions resulting from an unaware and uneducated mind; getting locked up in my room, trying to find me a husband, or told to pray.”

She states that even amongst addicts, being a female addict was stigmatised or looked down upon. From the dealers themselves to the active addicts and even sometimes dodgy therapists will try and take advantage of a girl who is in a fragile state. Addiction treatment is a possibility and Nermine is a living proof. "To anyone who is using and thinks there’s no exit, there is one and a good one at that. These days you are privileged because of all the broken misconceptions. Yes, the facilities for women are less but that means that they’re more focused and all six have a very experienced group of employees at hand.” The trip to recovery isn’t easy and for Nermine and her family has proven to be the most challenging aspect, because for them to realise that the disease was chronic was beyond their understanding. They merely stated “we trusted you and sent you to a facility, we paid the bills and you’re six months clean now, there’s no need for maintenance and calling a sponsor and going to a meeting, just forget your past.” At this point Nermine was faced with two options: agree with them and take the easier route of pretending to forget, or choose to utilise the tools that she learned in rehab and fight for herself and against her disease and her parents.

Yes addiction is on the rise, but so is awareness and higher rates of recovery, if you’re in trouble there’s no reason not to speak up. Better things that lay ahead, are up for grabs. There’s no one more resourceful or creative than an addict: if clean, they can really be an asset to our society and help make a difference, especially in the field of helping other addicts.

If you or someone you know needs help we suggest you check out the Facebook page here for Dar El Sakina, or contact them directly at 01002551717.