It's been more than 20 years, but you just mention Chocolata Gersy in front of any Egyptian and see what happens next... 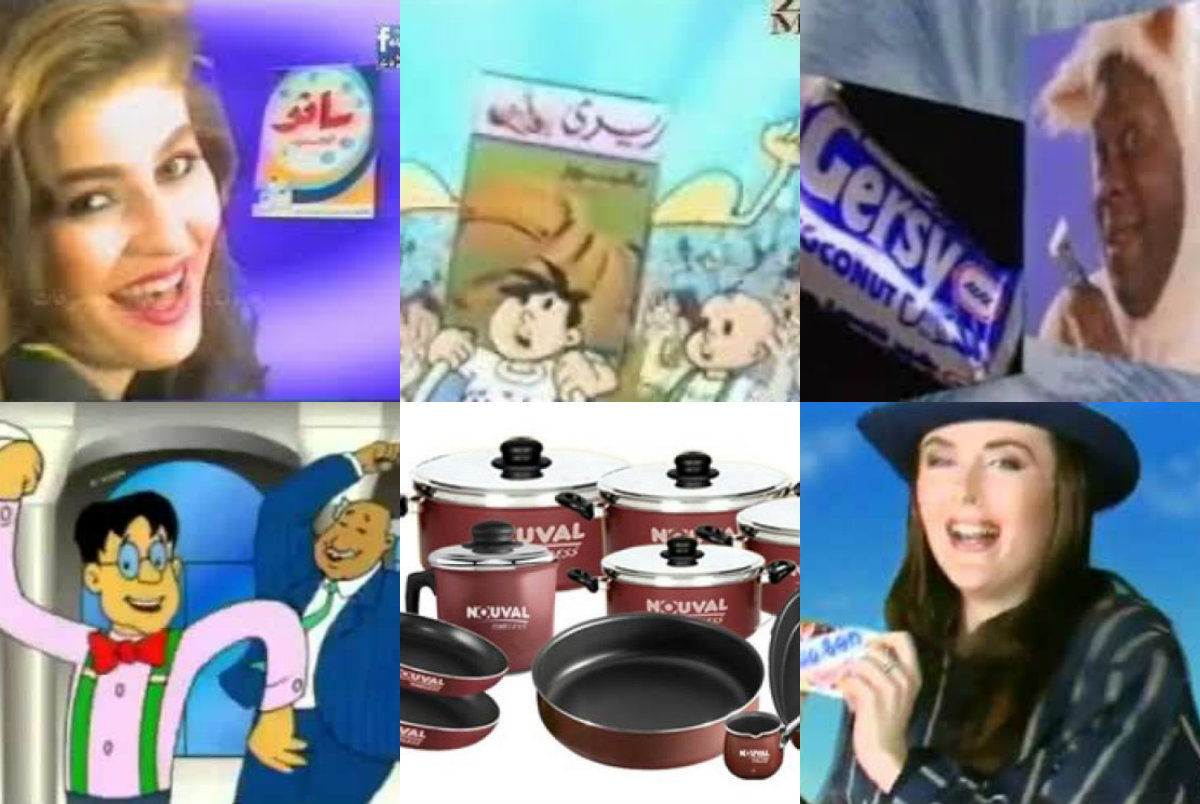 We’re a nation in love with nostalgia, and Egypt circa 1990-1999 was a special place. The cinema industry was great, we made pop songs that, as kids growing up trying to fit in and act cool, we rejected, only to play them endlessly when we get drunk. In that same vein, we made advertisements which weren’t considered an art back then but are now ingrained in our memories for their sheer ingeniousness. Different from adverts today, that mainly revolve around concepts or celebrities, the quintessential 90s ad mainly revolved around the jingle. Here is a top 10 list of the best ads of the 90s and their jingles that we find ourself humming in the bathroom.

First is a very special one featuring a black cat in a white suit and white women in a black suit… Whomever conjured this knew how to sell a product for five piasters: You dress up in a cat suit and hangout with Russian looking cats.

Another great ad; don’t let the cutting edge animation fool you. Again the genius lies within the soundtrack of this commercial. Even though we were all nowhere near marriage age at the time this came out, the sheer catchiness of the jingle has us all singing of better days when we would soon be able to finally get married.

Another animation, this time about children’s food. Great choreography really, and good incorporation of the actual image of the product within the animated video. Riri is the equivalent of Cerelac but it makes babies so strong they can get really big, violent and beat big me3alems.

Whether you like to admit it or not you had a pair, and everyone around you did. You might have even frequented the disco in Sindbad amusement park and acted like the kids in the video. SHAME ON YOU.

This jingle was so successful that it got a proper full length cover released by Hisham Abaas’ previous musical endeavor, Americana Show. Mosquitoes suck and there's nothing better than seeing them die really. Except this tune, which is obviously "I Feel Fine" by The Beatles

With the advertising equivalent of slam poetry, this ad features two women speaking of a successful marriage, yes, a lesbian marriage it seems, because of Covertina. The laughs at the end are clearly inspired by RUN-DMC and Jazzy Jeff's 90s old school turntable scratching.

20 years or so later, Queen’s "We Will Rock You" made a come back, in the form of a kitchen pan to inspire a generation of future stay at home mums. They always say if Freddy heard this or that he would roll in his grave. Well, not this time, not when it comes to Egypt, NO, because Egypt is a red line... Or a red line of frying pans that comes in all shapes and sizes.

Although the jingle sounds like something Earth, Wind and Fire-ish, we’re not quite sure what it is.

We have a tendency to revel in the wacky, from The Wacky Races cartoon, to Morsi’s speeches. It’s a Cairo thing; love it or hate it, you’re wacky to choose and live here by choice. In that same vein, we have a tendency to eat cream right out of the packet as is. WACKY!