Ahhh, we Egyptians… we like to do things our own way. This often includes refusing to acknowledge basic human concepts, such as privacy and personal space. Because what are those things but imperialist imports from the colonialist west anyway, right? 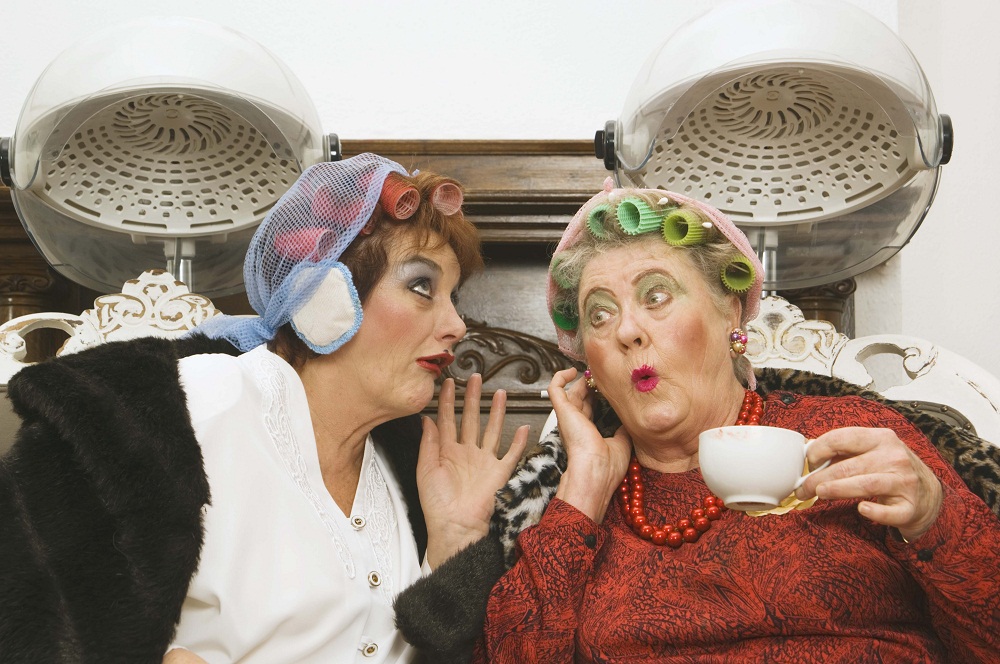 We Egyptians believe in a great many things; the glory and power of our savior Sisi, copious amounts of hair gel, giving imaginary directions, samna… the list continues. However, there are some things we simply refuse to ne3tarif beehom, things that we will just not accept.

Egyptians simply do not believe in privacy. Your news is not yours alone; it is meant to be shared with everyone and their mothers. Our city runs on gossip; everything that goes in through someone's ear will come out of their mouth. Everyone knows everyone's business; secrets are simply not something our DNA allows us to keep – as a nation we love to share, and news is no exception. Here have some foul! Here, have some information my friend told me in confidence!

And no one is exempt from this; your friends, your eighty-year-old grandma, the bawab, the household help, the ladies at the hair salon, they all gossip like their lives depend on it. Make no mistake, the bawab six buildings down from yours knows what time you got home three nights ago. The lady who waxes us is the reason we know the summer plans of some girl we randomly see around at parties.  We know what you did last summer Malak. We also know you have a small heart-shaped tramp stamp, which you got 3 years ago.

We don't much care for personal space. Egyptian mentality dictates that spaces must be filled; when standing in line it is imperative to stand as close to the person in front of you as humanly possible. You should ideally be able to count the hairs on the back of their neck if you're doing it right. If you're in a car, don’t be fooled by the five seats available – there is clearly room for nine people in this vehicle, just scootch in a little.

Even if there is space in the backseat for your infant child, why create such distance between yourselves? You should always have them on your lap while driving. And as opposed to countries that have such strange things such as a test to get your driver's license, where they teach you to leave the space of approximately one car between you and the vehicle in front of you, in Egypt you are taught to get as close as possible to cars in front of you, beside you, perpendicular to you... any direction really.

Portion control is for pussies. Good hearty Egyptian humans should load their plates with a mountain of food. If you’re ordering out, why select one plate that you could finish and be reasonably full? No, you should order every appealing item on the menu. Every single one. BRING US EVERYTHING, KIND SIR!  You should never leave the table without feeling that if someone so much as pokes your stomach, you will proceed to regurgitate everything you just ate.

In our nation, there is no such thing as not getting involved. You should get involved. If a random fight breaks out in the streets; everyone should jump on the bandwagon – men run from all sides of the street to get into the thick of the action. EH YA 3AM!? SULLEE 3AL NABY, SULLEE 3AL NABY!! If there's a friend of a friend of a second cousin twice removed fighting, eh da ana lazem atkhane2! You don't know who you're fighting or why, but you must get involved.

If there's an accident on the roads, you don’t just drive by without looking! You have to stop or at the very least slow down, and stick your head out the window like a little meerkat and peer at what's going on. We just don't like missing out, guys. It's only natural…

We don't believe in this strange concept called pollution. What is pollution? What do you mean by this word? Eh littering da? Do you mean to say that I shouldn't be throwing my garbage out the window? Where else would it go??? When it comes to littering in our country, everything goes out the window regardless of its size. It's not just gum and cigarette butts and the occasional wrapper that Egyptians throw out of their car windows. It's entire McDonalds paper bags with all their contents. It's all the spare trash that accumulates in their car. It's the buffalo that died and got left on the side of the road. Half the microbuses emit thick plumes of black smoke from their tailpipes, which any seven year old can tell you is not a good sign.