Our very own hijabista was ecstatic when she saw Coca-Cola's Super Bowl advert - an inspiring departure from their usual commercials, preaching a more inclusive America. 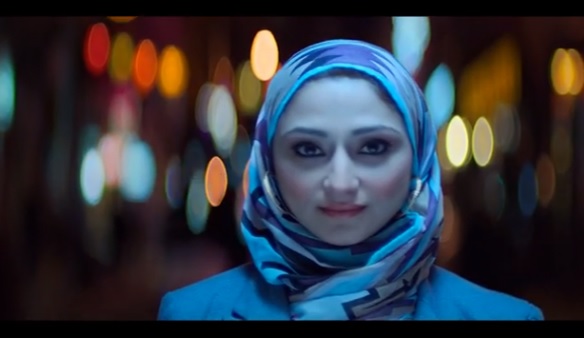 Anyone that knows me knows that I have an unhealthy addiction to soda. I know all the health repercussions, and yet, I do not care. If I die, I would not mind being washed in soda. So, you can only imagine why I could not contain myself when I saw the new Coca-Cola ad. Let me tell you, hijabi’s be representing!

The commercial is set to the song “America the Beautiful” being sung in different languages, and showing different cultures that are represented in the United States. The greatest thing is that it shows hijabistas running in the streets and focuses on one hot mama in hijab. It’s fantastic! Although, some places here in Egypt we have the plague and want to quarantine us (seriously, what’s up with Cairo?), over all, we already know the fabulousness of hijabis (I mean, have you met me? I’m clearly Exhibit A), but now the rest of the world can see that we are regular human beings, just with a different outside representation. The video has a message of acceptance and yearns to make people understand, that despite our differences, we are all the same. A message I’ve been trying to preach for years. (Blast you Coca-Cola for making this commercial before I thought of it!).