Our Eihab Boraie revisits the long and cruel history of circuses, tracing the trajectory of how the inhumane practice of torturing and conditioning animals in captivity came to be in vogue right into contemporary Egypt… 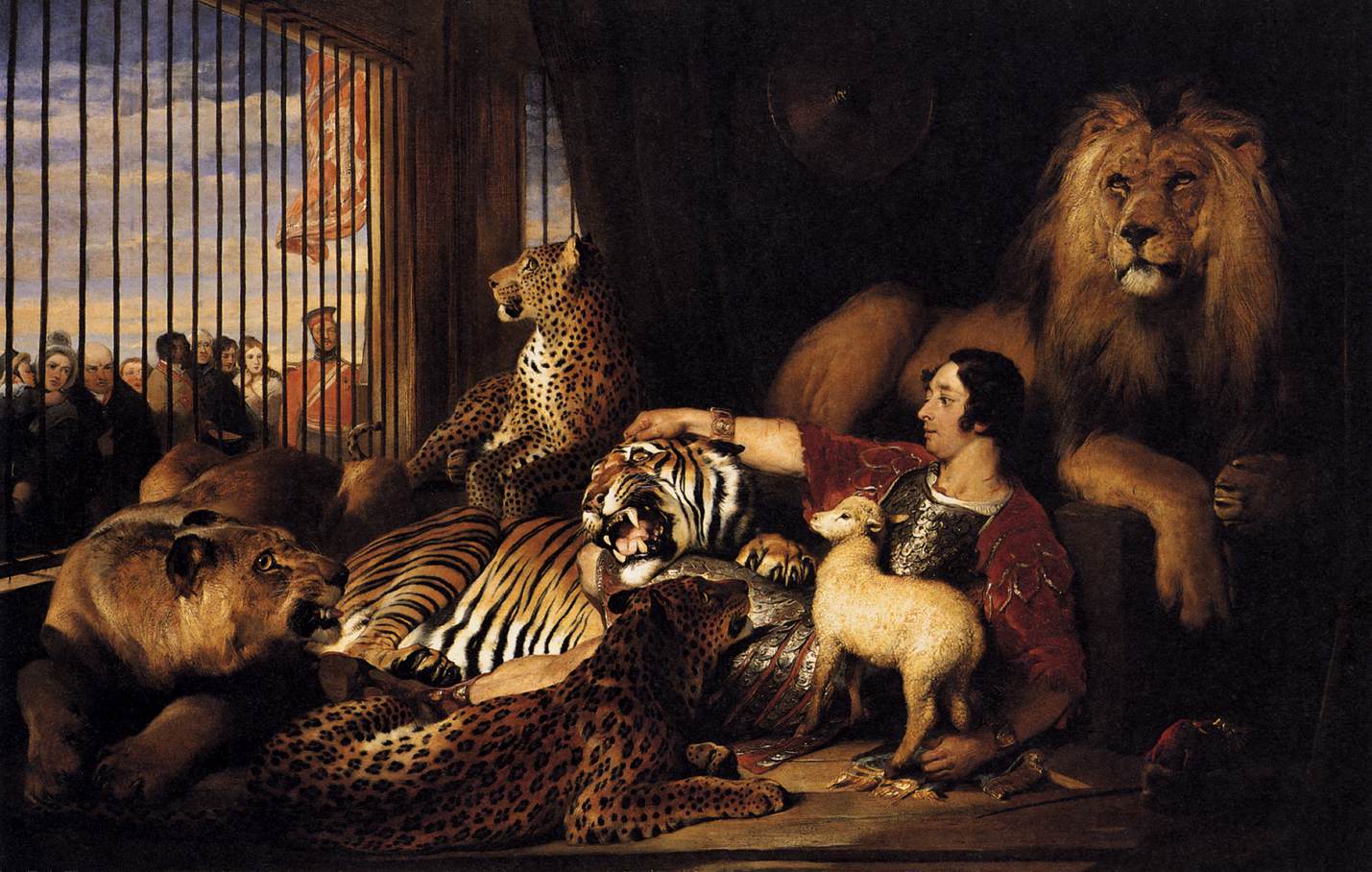 In the cruel world we live in the term entertainment is defined as a form of activity that gives pleasure to audiences. So what are we to say about a society that continues to support circuses that feature animal entertainment? I never understood how anyone could derive pleasure from a performance that clearly demonstrates forced captivity, cruelty, and torture. This abuse isn’t exclusive to Egypt, but rather a global problem, and in order to understand how to end it, people need to know how it all began.

On the ancient walls of the Beni-Hassan tombs that date back to the Middle Kingdom of ancient Egypt, a depiction of women jugglers, acrobats, and dancers can be found providing perhaps the earliest evidence of modern day circus acts. However, the first time the term ‘circus’ would enter the global lexicon was during the Roman Era, where the term ‘circus’ literally meant a ring or circle. At the height of the empire, The Roman circus (aka arena or coliseum) became known as a bloody sporting event that would force people to kill people and animals to kill animals, which led to animals and people killing each other. The bloodier the event the more popular it became, changing the definition of circus from circle to a place of mass entertainment.

As the Roman empire collapsed and the world entered the dark ages, entertainment shifted from sport-killing in massive arenas to travelling talented troubadours showcasing their quirky talents, sharing stories, singing songs, and bringing news to villages scattered across Europe. As the travelling group continued to grow in popularity, ‘new’ exciting performers like jugglers would begin joining the act. Their popularity lasted for centuries without the involvement of animals.

It wasn't until the early 1800s that animals would return to the spotlight. Who exactly is the first can be debated, but what can’t be argued is the terribly massive and disgusting influence of Englishmen George Wombwell. Wombwell’s collection of exotic animals began with the purchase of two boas, which he brought with him to taverns. To his surprise many patrons were willing to pay very good money for the opportunity to handle the serpents, and upon making this realization, he decided to start buying exotic animals from ships that have come from Africa, Australia, and South America and by 1805 launched the Wombwell’s Travelling Menagerie.

In a short period of time Wombwell became so popular that his name could be used as a common reference in fictional literature. In the Sherlock Holmes short story The Adventure of the Veiled Lodger the lion tamer, Ronder is described as thus: "Ronder, of course, was a household word. He was the rival of Wombwell."

Wombwell's travelling menagerie included elephants, giraffes, a gorilla, a hyena, kangaroo, leopards, 6 lions, llamas, monkeys, ocelots, ostriches, panthers, a rhino, 3 tigers, and zebras. Taken out of their natural environments, many of these animals would die as a result of the harsh British climate. However their death was of no concern to the sinister Wombwell, who in turn sold their lifeless bodies to taxidermists or medical school. It was only when one of his elephants passed away that Wombwell would find yet another way of morbidly capitalizing on their death, by marketing the chance to see a dead elephant as being rarer than seeing a live one. Sadly, this stunt turned out to be successful, as many flocked to see and poke the dead elephant.

As if that wasn’t bad enough, Wombwell also became known as the first person in Britain to have bred a lion in captivity, which he named William Wallace, after the legendary Scotsman who bravely fought for Scotland’s independence and is ultimately remembered by Mel Gibson’s performance in Braveheart. Born into a life of abject misery, Wallace would be subjected to the horrors of lion-bating: a death match between a lion and six pit-bulls. This barbaric practice is sadly not history, as even in modern day Egyptians consider watching a man fighting and killing a lion as public entertainment.

Meanwhile, across the Atlantic Ocean was an equally evil man by the name of Isaac A. Van Amburgh. This American monster is known as the first famous animal trainer to introduce wild animals into circuses. Known as The Lion King, this ruthless torturer of animals was known for his brutal treatment and his death defying feats. Both these filthy famous scumbags died wealthy and their names lived on a century after, leaving many seeking the same soulless riches, resulting in a culture of death, torture, and captivity for untold amounts of animals.

Fast forward to the present day where animal circuses can be found all over the world. As time wore on, acts became stale, torture techniques became more creative, and before you knew bears seem to be dancing to music, thanks to repeatedly being horribly mutilated and burnt during ‘enhanced training’ sessions. It is devastating to think that parents could in good conscience believe that the result of brutal conditioning could be called family fun.

Unfortunately, Egypt is no exception to this seemingly endless cycle of animal misery. Established in 1966, the Egyptian National Circus became the highest income earner within the Ministry of Culture’s performance arts division. Its allure and downfall began with the death of one of its most important fans, Former President Gamal Adel Nasser. With his passing and a breakdown in Russian relations in the 70s, the circus deteriorated, creating only worse conditions for the already abused animals.

In fact, I have yet to find a circus in Cairo that doesn’t involve some form of wild animal act. Even the popular travelling Belluci Circus in Egypt boasts a schedule where animals are featured in less than 10% of the show. After talking to Ahmed, one of the managers of the circus, I was informed that the animals are used largely as a marketing ploy to attract children.

“The children come to see the lions and tigers, but after seeing motorcycle stunts and human cannon balls, they leave forgetting that animals were even part of the show,” explains Ahmed. When I asked to see the conditions that the animals were living in, he refused, offering only to sell me a ticket and to see the show myself.

Nonetheless, confirming my suspicions of the existence of local abuse in circuses is a video uploaded by YouTube user Joseph Spendlove.

In the video a lion cub is passed around the audience before the show starts, where some irresponsible parents put their infant child on its back while a photographer snaps a take-away photo. What is evident by the way the extremely docile lion cub is handled is that it has either been heavily drugged, malnourished, terribly abused, or likely all of the above. No matter how good or bad the conditions may be now is irrelevant, as the point remains that animals do not belong in circuses.

The good news is that slowly the world is beginning to recognize this fact and currently the most popular and profitable circus in the world is Cirque du Soleil. Founded in Montreal, Canada by Guy Laliberte and Gilles Ste-Croix, the Cirque du Soleil began in 1984 and has since become the largest theatrical producer in the world, travelling to over 40 countries with an estimated annual revenue of more than $810 million.

What set Cirque Du Soleil apart was its wondrous acts, and more importantly their exclusion of animals. Unlike others circus acts that become stale with time resulting in the programming of new torture codes that eventually become new animal tricks, Cirque Du Soleil continues to reinvent itself with new acts that push the limits of what was thought humanly possible while experimenting with new technology.

Hopefully instead of following in the footsteps of evil men and their barbarically old traditions, circus owners will wake up and realize that the most costly part of their whole show is also the most stigmatizing. Animals in captivity will always be against the will of nature, but animals captive in circuses is possibly the closest thing to recreating hell on earth. If the laws are to be changed then lawmakers have to be pressured and circus owners have to feel losses, meaning that parents have to grow up and explain to their children that just like there is no tooth fairy, there is really no ethical way of training wild animals. If the cycle is ever to end, then as a nation and a planet we must all refuse to pay to see any circus that features animal acts. There is no justification for supporting cruelty towards animals, and when people simply stop attending the torture will finally end.