Lara El Sergany looks into the maxim that seems to start, steer and end any constructive conversation in Egypt. 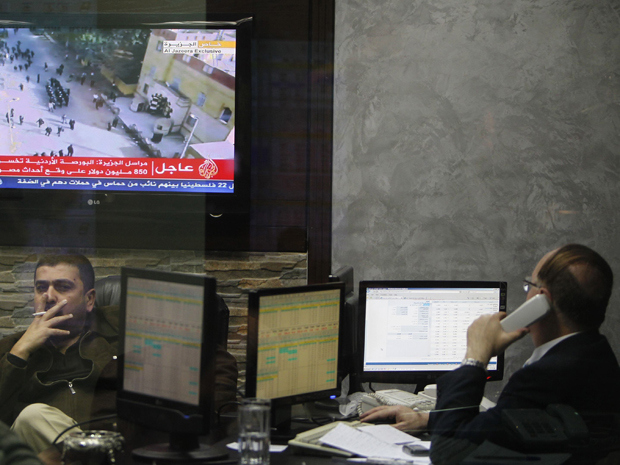 Just like the river, denial runs deep within the veins of the citizens of this place, and word on the street is, who cares?  We7na malna - a phrase as easy on the lips of every man, woman and child as the red velvet konafas that appear to be making their way to every pair of hips. We7na malna - because why bother giving a crap about everything or anything around you when you have a phrase that automatically constructs a glass wall between you and the event you so furtively decided does not affect you in the slightest? Caring about anything is so 2012, and this saying encompasses the cool new attitude of anyone who is anyone right now.

But the struggle of not caring is stronger than ever, with issues as distant as legalising gay marriage in the US, and as close to heart as bombings in the homeland taking over conversations on every restaurant, ahwa, and felucca strewn around the capital. Discussions are spurred, sides are taken, and arguments are fired up all under the protective tent of we7na malna. The problem is, the act of conversation itself is a stand taken against the phrase, throwing the attitude of not caring out the window. If none of us really saw any relation between ourselves and the issues around us, we wouldn't be losing our breaths over arguments and fruitless conversations when we could be drinking our 20th cup of tea or stuffing our faces with our sixth serving of Om Ali of the day.

The juxtaposition presented along with the existence of this phrase is the difficulty of deciding whether distancing ourselves from the events around us, and for once minding our own business, is a good thing or another terrible decision. On the one hand, adapting to the attitude of we7na malna means nothing less than some peace of mind, and major avoidance of any and all arguments that one may face with people who refuse to stop talking until proven wrong. On the other hand, however, one faces the slippery road of steadily turning from a red blooded, empathetic human being to a shell of a man that may look good on the outside, but who may be causing more harm in silence than it would in action.

The deadliest of all attitudes is the hypocritical middle ground between giving a damn and turning a blind eye. To observe from a close distance but take no action towards your source of entertainment for the evening would be like taking rubber necking an accident on the road to a whole new level. We7na malna is not a coat hanger to dump our responsibilities onto whenever things around us get too hectic, or whenever we get too tired to deal with the downward slump situations may be heading towards.

The we7na malna attitude is a complex, multi-tiered territory that must be entered carefully. But at the end of the day, wana mali?