Lenovo, along with their brand ambassador Ashton Kutcher, have launched the latest in cutting edge technology, with the new Yoga Tablet 2 Pro and the Yoga 3 Pro, boasting features such as a 50-inch projector and a 360 degree rotating screen. 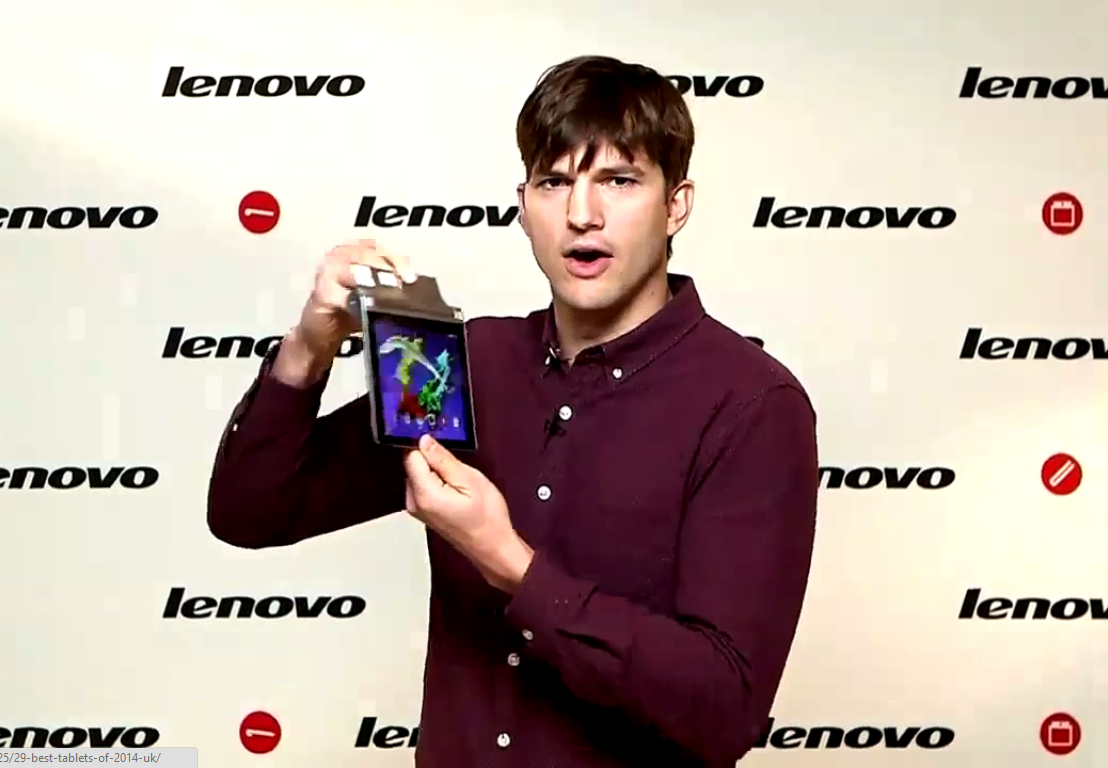 It seems that over the last two years the name on every techie's lips is Lenovo, a brand that, for all intents and purposes, was an unknown quantity shadowed by the likes of Apple and Samsung. Today, they own a 20% market share on global laptop market sales and are tightening the gap on the smartphone and tablet markets following the recent releases of the Vibe Z2 and their innovative Yoga tablet last year, respectively.

But how? How did this little company, launched by ten engineers in Beijing 20 years ago, become the tech giants they are today? A company that, on Wednesday night, launched two of the most cutting-edge products we'd ever seen in the Yoga Tablet 2 Pro and the Yoga 3 Pro, in front of a crowd of hundreds of industry influencers flown in to witness the unveiling.

Is it, as ex-Acer chief and now Lenovo's head of EMEA Aymar de Lencquesaing explained on stage, because of "their constant strive for unbridled innovation"? Is it because of a "continual refinement and listening to customer feedback,” as Dilip Bhatia, vice president of design and marketing at Lenovo put it? Is it Lenovo's recent acquisition of Motorola Mobility technology or IBM? No, it's probably none of these things. As evidenced by the recent launch event, Lenovo should thank one key component in their rise to tech domination... Ashton Kutcher.

The star of That 70's Show, philanthropist and a man with inimitable male model good looks was hired as a product engineer and spokesman for the brand last year, and despite the incredible new innovation on show at the reveal, it seemed that within the Lenovo camp, everyone's focus seemed directed mainly on... Ashton Kutcher.

The old sorting-office on Oxford Street was transformed into a shrine for Ashton Kutcher, where his big beautiful face appeared on an industrial size projector in the air before us in a live stream. His voice boomed with excitement about the new products as the Lenovo team gushed wide-eyed at their enigmatic new ambassador. Half an hour segments were taken up by random dialogue and innuendo between the presenters, Lenovo team and Kutcher with almost every single announcement being preceded by an image or pre-recorded video of Ashton Kutcher being charming. So on that note we would like to reveal the stunning features of Lenovo's new range of products...

The new Lenovo Yoga 2 Pro has the first ever in-built projector, a pico projector with an eight watt sound system with rear-mounted sub-woofer, meaning the tablet can in fact be used as a 50 inch screen, similar to the one Ashton Kutcher's face appeared on.

The Lenovo Yoga 3 notebook features an innovative new hinge with 800 individual pieces of aluminium, meaning it has unprecedented flexibility, with the keyboard being able to flip 360 degrees around the screen, meaning it can be used in any situation you can imagine. Meanwhile the new Yoga tablets now feature four different modes of rest including the new hang mode. (Similarly Ashton Kutcher has always shown an incredible amount of flexibility in his acting ability though his diverse roles from a scared college student in The Butterfly Effect, to his role as Apple founder Steve Jobs in Jobs.)

The new Core M chip enables the Yoga 3 notebook to shed 14% of its weight when compared to its predecessor, tipping the scales at 1.19kg. This makes it the lightest, thinnest, sexiest man alive in 2014... Ashton Kutcher.

Set to be released in MENA towards the end of this month check out more features from the new Lenovo Yoga range here. Check out the full stream of the launch event here.