When caught using one of these words, just pretend you were saying something else in the Palestinian/Jordanian dialects, because they mean something completely different there. 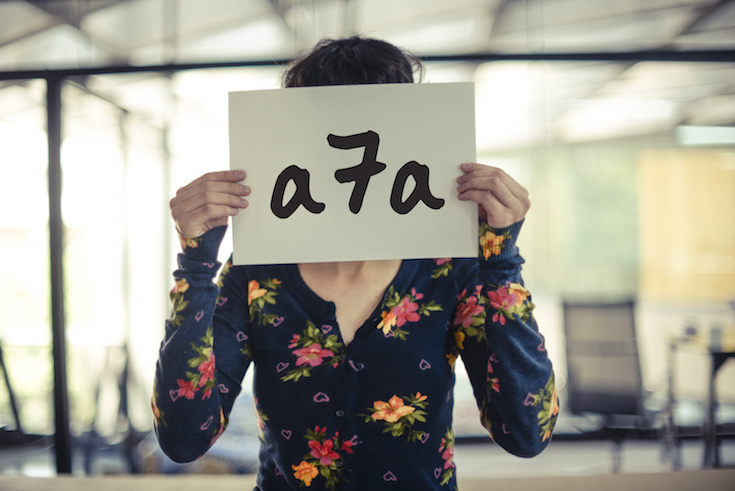 Sure, most of us here have had some interesting culture shock encounters; it’s also certain they were probably ‘cute’. You know, like going to London and gasping in thrilling surprise when seeing the driver actually sitting on the left. But it’s also probable that none of you, kind readers, ever went to an Egyptian doctor and said “3endy a7a.” Yea, we thought so.

Shamis, especially Palestinians and Jordanians, share some words with Egyptians; but, despite being Arab and having different dialects, those common words actually mean completely different things - most of the time, they’re not good things. These little linguistic discoveries keep coming up with some of our shami friends across this here motherland - through awkward experience, no less - so for the sake of shedding a little light and poking a little fun, we've compiled a list of these hilarious little treasures.

A7a
A7a, sometimes ka77a, actually means ‘cough’ in the Palestinian/Jordanian dialect. Yup, it does. So, for all the new-to-Cairo Palestinians and Jordanians out there, the horror on the doctor’s face when told that you have an ‘a7a’ in your throat, accompanied by his or her shrieking “3endak eiihh????”, should be taken as a sign that maybe Egyptians have a different meaning to it. For you Shami guys, ‘a7a’ might still mean cough, but maybe you should keep in mind that it should not come out when you’re chilling with a friend’s parent.

3ars
Egyptians be warned; if by any chance you go to Amman and hear a friendly father yelling ‘ya ebn el 3ars’ at his son out of the blue, do not freak out. Even though it’s not a ‘good’ word, 3ars in the Palestinian/Jordanian dialect is not half as bad as it is Egypt. It means bastard or jerk, but also if guys are talking to a friend of theirs about a girl, they’d smirk and call him ‘ya 3ars’. If a guy knows how to get by and get things done for himself, then he’s a ‘3ars’.

3att
Your dad probably isn’t going be very happy with you if, when he asks you where your mom was, you answer him that “mesh 3aref fein ra7at t3ott.” 3att in the Palestinian/Jordanian dialect is used when someone has gone to have fun (not that kind of fun) and is currently not present, or if someone is into antiques or vintage clothes and they go out looking for things like that. The term, of course, is not as innocent in Egypt.

Mara
It is not uncommon when walking in Cairo’s streets to hear an angry man yelling ‘ya ebn el mara’ at some other man at the far end of the street. This might strike the Shamis as peculiar and inconveniently philosophical. Mara means woman in the Palestinain/Jordanian dialect; some people don’t like the term itself because it’s not as ‘classy’ as sett, but it’s not a bad thing to say. The angry man’s curse would translate to ‘son of a woman!’ to them. The curse, of course, is too obvious of an observation that it almost sounds philosophical. ‘Son of a woman!’ What else? Hmmm…

Yeshla7
While shal7 is used by Egyptians to refer to taking your clothes off, for Shamis, it can be used to refer to other less sexy things as well. You bteshla7 your shoes or your bracelet or even your neon-coloured wig like what happened today at the CairoScene office (don’t ask).

2afa
This one is probably not only the most hilarious but the weirdest for Shamis living in Egypt. For them, 2afa means butt. So, phrases such as ‘hagebhoolak men 2afaah’ or - worse yet - ‘2afaaya 7ameret men el 7arr’ probably draw unsolicited images in the heads of the poor Shamis.

Laban
Though not a curse word, this one is actually fun because it’s confusing. Laban in the Palestinian/Jordanian dialect means yoghurt, while milk is 7aleeb. So, don’t be surprised if they turn down your offer for ‘Corn Flakes bi laban’ and ‘shai bi laban’ - they probably just think Egyptians fancy yoghurt perhaps a little too much.

So, there you have it, Egypt. It’s pretty awesome how one very neutral and normal word can be an offensive term in another dialect. So, go easy on the poor Shamis living amongst you; they probably don’t mean to offend!