With three tracks produced by Lil Baba and a feature from singer/songwriter Lella Fadda, Abyusif’s latest EP ‘El Hob Ebn Weskha’ is the anti-Valentine’s project we never knew we needed. 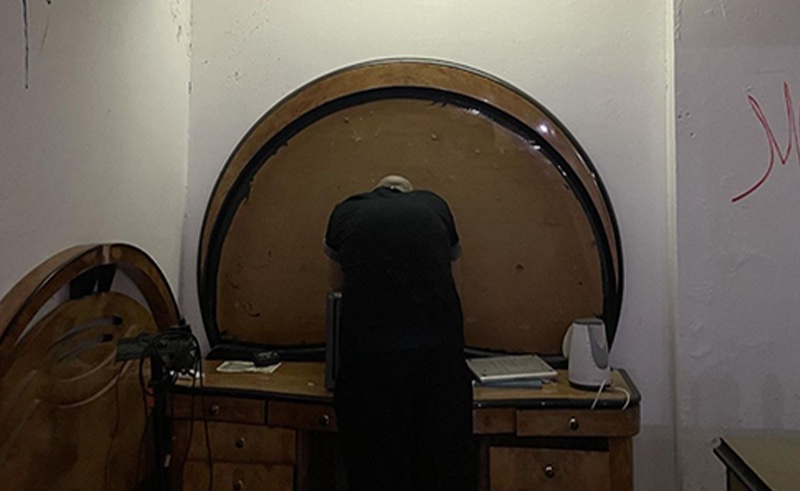 Everyone will prefer a certain era or ‘side’ of their favourite artist. Oftentimes, it’s the ‘darker side’ – and for good reason. Artists at their most emotional are, arguably, at their best. There’s more depth, more insight, and more pain for people to relate to.

This may certainly ring true for one of Egypt’s favourite rappers, Abyusif. There is a general, unspoken consensus that dark ‘Abyu’ might be everyone’s favorite Abyu. His despondent, gravelly tone is heart-wrenchingly jarring over the melancholic melodies and heavy 808s. It’s part of what brought him his fame. That, and going against the grain.

While most artists were busy sharing endearing songs and messages on Valentine’s day, Abyusif shared an entire three-song project that, in true Abyu fashion, was heavily anti-Valentine’s. So much so that he titled it El Hob Ebn Weskha, loosely translating to “love is a bitch.” Abyusif’s stance on the holiday and the sentiment in general could not be more clear.

The project begins with ‘Neftas’, which details Abyusif’s memories of love, both sweet and sour. In the track, the artist takes his listeners back to some of the most glowing moments in his previous relationship – followed by pain and abandonment. “Who hears me yet doesn't understand me, doesn't concern me.” Abyusif’s lyrics here allude to the loneliness felt in a connection that exists without understanding or empathy. Of having someone who is close to you without knowing you. In ‘Neftas’, Abyusif insists that such relationships should be let go and shouldn’t concern us.

‘Neftas’ is followed by the title track, self-produced and poised to be the next breakup anthem for the Egyptian hip-hop community. Rarely do we get an emotional rap song in Arabic that we can all relate to. Abyu keeps it raw and vulnerable, opening up with bars such as, “No one really forgets, don’t open your heart fully and be stingy, ‘cause love is a bitch.” On ‘El Hob Ebn Weskha’, Abyusif opts for a relatively slow trap beat which offers enough space for his lyrics to shine through.

It is said that these three songs could be characterized as the stages of love the rap artist has experienced. This is demonstrated visually by three images he shared on his Instagram to both announce and promote the EP. The first picture shows Abyusif hovering, hunched, over something on a dresser. In the second photo, Abyusif is on his knees, almost prostrating over what appears to be a safe. In the third photo, he is completely flat on the ground, seemingly devastated and drained. Though the meaning of these images and their sequence is open to interpretation, one thing is clear: Abyusif is an artist who proves that you don’t need a big production or polished images taken in a studio to convey a message.

In conclusion, the EP is a cohesive and strong body of work, released at the prime time with subject matter sure to both heal broken hearts and provoke some thought on love and relationships as a concept. The Egyptian star might be back to regularly releasing music and we are absolutely here for it.