The electronic music duo make a comeback with a newly released remix, following up their 2020 release ‘Dope’. 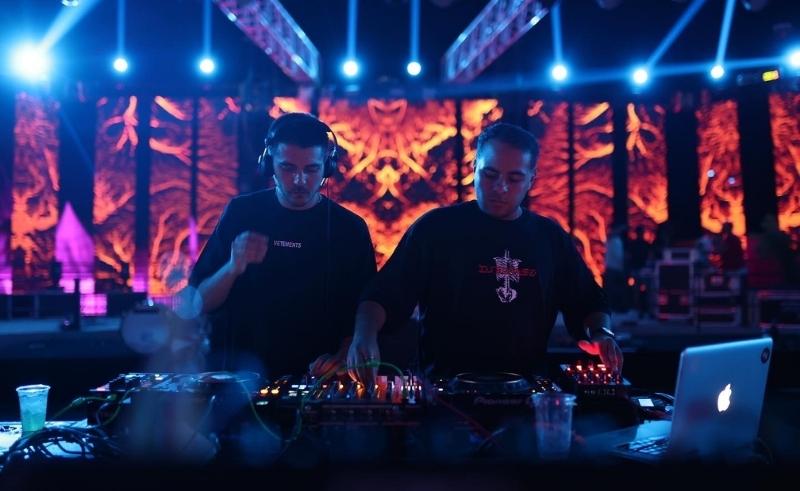 Toukey & Selim, the Cairo-based electronic music duo formed by Ahmed Tourkey and Mostafa Selim, have made their mark on the scene by consistently curating sets that are rhythmically rich and trance inducing. In recent years, the duo has been expanding their reach as DJs and music curators, having played a number of high-profile gigs across Egypt, from Cairo Jazz Club, to the now-defunct Zigzag, to SceneNoise’s very own ‘Burning Roof’. The duo has also opened for a number of international artists such as Peggy Gou, Black Coffee, and Monolink & Agents of Time.

Now the duo has signalled their return to music production with their take on emerging American artist SAFE’s ‘R U Scared, Pt II’ - the first track the duo has shared since their 2020 single ‘Dope’. The piece is an electrifying remix in which the duo transform the song from a slow and sensual experience into an energetic ride.

The track starts with a heavy kick sound and elaborate drum sequence that establish a tight groove early on. The drums are complemented by a plucky, resonant synthesiser and a well rounded bass-line which add syncopation and texture to the beat.

We’re met with SAFE’s warm and heavily reverberated vocals, where the sombre delivery and lyrics add depth and contrast to the track. The colourful chord progression playing underneath the vocals also give the track a pensive characteristic, making it sound both laid-back and emotional at the same time.

The duo manage to strike a balance between complexity and approachability by experimenting with musical ideas in a framework and structure that is familiar to most listeners. Their production style makes use of space and minimalism by highlighting sparse instrumentation and a less-is-more mentality in the instrumental sections and climaxes of the track.