Big Murk, Dakn, and Rknddn join forces to bring us the grime banger of the year with ‘Gasolina’. 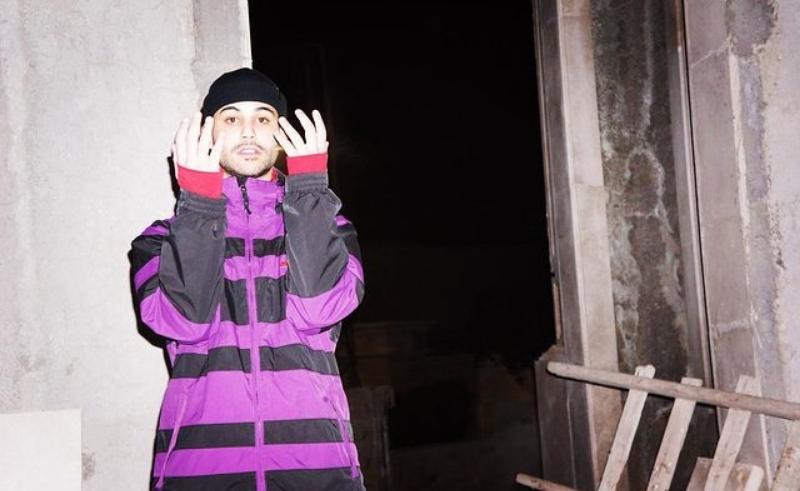 Big Murk is a rising Jordanian producer who is heavily inspired by UK grime, jazz, and hip-hop. His musical style is immediately identifiable by his bouncy swinging drum beats, and his futuristic instrumentals. Following up a busy year filled with collaborations with the likes of Muqata’a and Rknddn, his latest release sees him taking on a new venture with him rapping for the first time on one of his beats. The producer teams up with Ramallah-based rapper Dakn and frequent collaborator Rknddn to deliver one of the freshest rap releases of the year.

The track starts with an enigmatic vibraphone sample that quickly grabs the listener’s attention, but soon after, Dakn’s verse comes in with the drums, and the track goes from a gentle meditative soundscape to an outright hard-hitting banger. The attention to detail in the drum programming and instrumentation is truly what makes Big Murk stand out as a producer, and the interplay between the different elements of this beat make it impossible not to dance to.

Dakn kicks off this track with smooth old school flows in the first verse. The Ramallah-based rapper is a veteran in the underground scene, known for his fast delivery and his jittery change ups which are reminiscent of some of the greats such as Kendrick Lamar and Andre 3000. His verse is masterfully structured and feels rubbery and elastic, making the beat ebb and flow along with the sound of his voice.

The drums then drop out giving Big Murk the space to take command of the instrumental with his very first on-mic appearance. He transitions smoothly between flows to deliver a very impressive rap debut with rich internal rhyme schemes and complex grime flows that demonstrate his talent as a rapper. The last verse of the track sees Rknddn, one of the most highly regarded names in underground Arabic hip-hop, step in with his iconic delivery, giving us technical flows that are tightly structured and fit in perfectly with the beat.

The video - directed and filmed by Zayd Lahham of Ward Productions - sees the trio gathered in an abandoned building in Amman, where their presence on the camera underlines a deep bond between the three artists. The video includes sequences of all three rappers performing to the camera, with occasional edits that pixelate and blur out the artists’ faces.

When asked to comment about his new venture into rapping and songwriting, Murk commented that he is ‘not a rapper’, and that he isn’t planning on releasing more rap tracks in the foreseeable future, stating that the image he wishes to portray is more aligned with his career as a music producer and DJ.