Nadine goes ⅖ in the release of her much-awaited debut EP ‘Triplicity’. 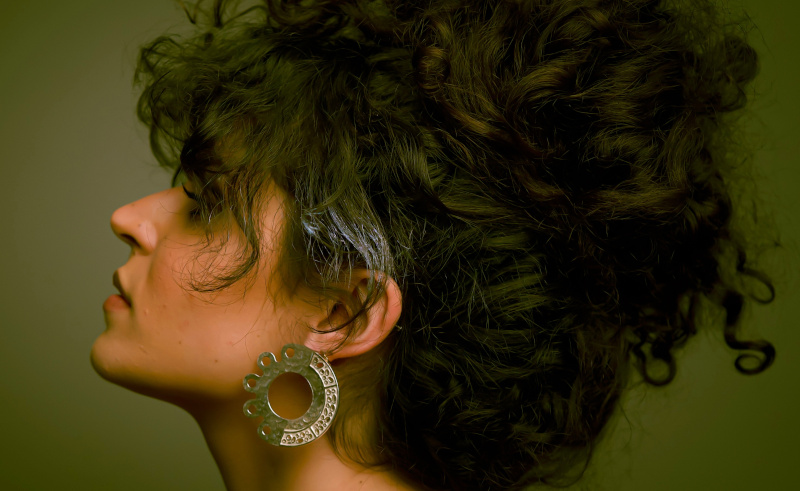 Sudan’s Nadine El Roubi is one of those artists who prefers to let her music marinate, keeping a close look over production details and lyrics before finalizing a project. Following the release of the first track ‘Honey Butter’ off her highly anticipated debut EP ‘Triplicity’ on Shlonak Records and EMPIRE WANA, the multidisciplinary artist serenades in the second single from the EP, ‘The Woods’, an ode to the protection of mother nature, while also being an expression of divine femininity.

It would be a crime to label Nadine as a rapper or a singer while she does both interchangeably throughout which is evident in ‘The Woods’. Nadine keeps on digging deeper into her mind, formulating complex layers of thoughts and emotions which she lays out perfectly on pen and paper, and her latest single is a proof of that. Nadine creates a balance between light and dark (the way nature is) like the difference between sunshine, crashing waves, and bird chirps with thunders, tsunamis and volcanoes.

While some instances of the single appear to be smooth and soothing, Nadine pumps things up a notch by singing on a higher register, as producer Kubbara intensifies the melodics in the chorus. The use of crazy sliding 808s with peaceful chimes emulates this mad balance sonically as the artist calls for a better reception of the world we live in with bars like “Mother Earth is sacred, treat her with respect”, a double entendre which is also directed to divine femininity.

After dropping the second single off ‘Triplicity’, one must wonder what’s next for the rising Sudanese superstar. When’s the next single? When’s the EP dropping? All will be answered by time, till then make sure to properly digest ‘The Woods’ and 'Honey Butter' till the coming release.