Intoxicating ambient soundscapes and dark techno beats, the debut EP by Nadim Mokhtar is a welcome departure from a deep-house dominated music scene. 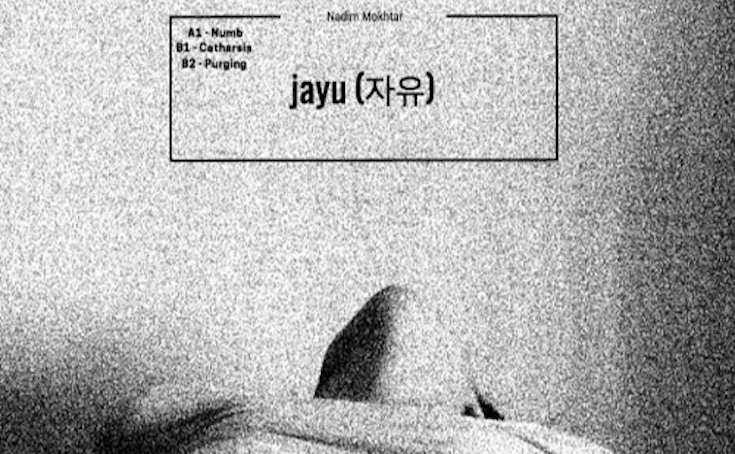 First appearing on the scene with his 30-minute long minimal techno/nu-disco mix After Hours, producer and DJ Nadim Mokhtar's debut EP is a blissful blend of minimal techno-influenced beats and touches of ambient electronica that simultaneously soothes you into a trance-like state and keeps your blood pumping to the beat.
The opening track, A1 - Numb, establishes a cohesive sonic aesthetic that's present throughout the project; grainy hi-hats, sporadic synth bleeps, and ambient soundscapes layered masterfully over hard hitting techno beats. A simple yet effective melody and dark, moody chords echo throughout the soundscape and augment the deep, sub bass bubbling under hard-hitting 4/4 kicks. This sub bass resurfaces on one of the more lively cuts on the project, B2 - Purging, alongside deep tom-tom drums which give this beat a more energised vibe. You can perfectly imagine B1 - 3Purging being dropped in a dimly lit Berlin rave party, keeping you grooving till the early hours of the morning.

Admittedly, all rhythm-based dance music genres - like techno - often suffer from stagnating, repetitive beats and melodies that seem to go on for ever without much variation. Mokhtars’ Jayu EP does not share this same fate, and careful listeners will find varying details of instrumentation lying hidden throughout the project, hinting at the presence of a calculating and confident producer. Though the second track, B1 - Catharsis, never seems to build up the strong release of emotion its name would imply, Jayu EP is a an excellent debut for Mokhtar, and we can’t wait to find out what the young producer comes up with next!

Check out Nadim Mokhtar on his SoundCloud and Facebook.

Every once in a while we get bored of going out and decide to throw a house party [...]
Week Month Year