We talk the trials and tribulations of being a woman in a man's world with London's DJ Jasmin as she showed us that girls can run the world and the night at the massive Student DJ Program launch last week. 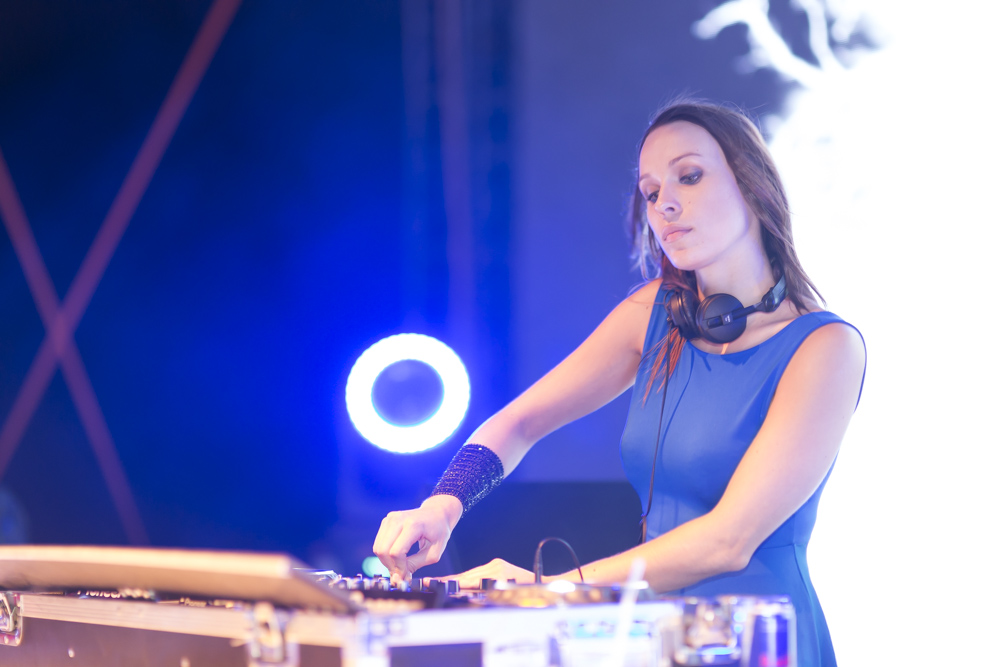 Female disk jockeys are few and far between in this region, let alone the global scene. Only 10% of performers at music festivals around the world are female, and an even smaller percentage of women are on music label rosters. Not one female DJ has appeared in DJ Mag’s lauded top 100 DJ lists and the women who are constantly pushing the boundaries litigated to them with the freshest sets and production talent have a hard time proving themselves as legitimate amongst a drove of today’s peroxide playboy DJs... who find a hard time locating the beat match button hidden underneath over bearing chests.

Women, believe it or not, do not DJ with their vaginas and boys are not better at DJing than girls. In Egypt you can count the women in EDM in one hand but things are looking up with more than 50 women applying for Electrum Records’ Student DJ Competition, and one, Maie El Sabi, making it through to the final ten. One woman who knows all too well about the trials and tribulations, and also success of being a woman in the world of House music is Jasmin. Originally brought up in the Middle East, the UK-based spinner became a resident at one of the UK’s most popular club nights, Back to Basics, before founding her own night Housewife that brings together a selection of House music by some of the top female DJs in the underground dance music scene. Following another stellar live set in these parts at the Student DJ Competition Launch in Gouna, we caught up with the spinning siren to chat about her early beginnings and fighting her way through the big boys club…

How did you first get into DJing and how did you get to where you are now?
DJing has always been a very natural process for me; I never had a plan I just knew I really wanted to do it. I started off playing in my bedroom, then running my own radio show, then playing in a few bars and the next thing you know I was getting booked to play for some of the best clubs in the country such as the infamous Back to Basics. The turning point was when I got a residency at Flux, a brand new night in Leeds, which turned out to be one the most popular parties in the city. This gave me the chance to practise playing regularly in front of a big crowd as well as build a following. I recently moved to London and had to start fresh from the very beginning so I decided to start running my own night called ‘Housewife’ which has been going really well and has been getting me booked around the UK and abroad. I have also just started an 18-month music technology course at SSR in London and will be focusing on production in the next few years which is the next step for me so let’s see what happens.

Do you feel there is sexism in the House music world and why do you think it's a male dominated field?
Sexism in the industry is an ongoing issue and there is definitely a lot of truth behind that statement although there are a lot of female DJ’s that are smashing it right now and proving that women are just as good as men. The scene has been male dominated from the very start and it took women a lot longer to get into it as the equipment wasn’t as accessible as it is now and also very expensive. DJing is very technical so a lot of women are scared of trying it as they don’t think they would be able to handle the equipment, but the truth is it’s like learning to ride a bike; once you get the hang of it, it becomes easy. The scene is run by men in terms of club owners, promoters, label owners etc. so it tends to be more biased and a lot of the line-ups mainly consist of male DJs so we definitely need more women taking control of the business to make it more equal.

I also think a lot of the model DJs such as Paris Hilton ruin it for the rest of us as their only purpose is to look good rather than play good music which then makes people associate female DJs with that sort of behaviour. However in the underground scene female DJss such as Laura Jones, Francesca Lombardo, Cassy, Heidi, Tini and more are very well respected and recognised for their talent and music rather than their sex or their looks, so as long as you can prove yourself behind the decks then your fine.

What difficulties did you face making a name for yourself as a female DJ and what advice would you give to upcoming female DJs?
It’s always hard to make a name for yourself when you first start out as there is a lot of competition and a lot of people who are much better than you. So what I always tell everyone is you have to be really passionate and believe in yourself. I am a big believer in the law of attraction, which explains that if you really want something and constantly imagine it in your head then you will make it happen.

DJing has proved this for me as and, as cheesy it sounds, and it has been a dream come true for me. It can be the same for anyone as long as you really want it and work hard for it. It’s harder when you start out as a female DJ as there is a lot more pressure since you really need to prove yourself in order to make people take you seriously. A lot of people assume that you’re only getting gigs because you’re a girl and it’s more exclusive or because of your looks so you really need to prove them wrong and let the music do the talking. I think the best advice I could give is to be confident and determined and not listen to the negative comments you may get along the way as most of the time people are just jealous because you’re doing so well, so just follow your heart and stay strong.

You've spun in Egypt a few times now, what do you make of the nightlife/music scene here and how does it compare to London?
I love the scene in Egypt, people have a lot of passion, amazing energy and a thorough understanding and knowledge of House music. I fell in love with House music and first started raving when I came to visit my friends in Sharm El Sheikh in 2006, so this will always be a very special place for me. What I love most about the scene here is that it is spread all over the country and wherever you travel you can always find a good party whether it’s in Cairo, Sharm, Hurghada, El Gouna, Sinai, Alexandria etc. so it’s always a unique experience. The people are very welcoming and friendly and have an incredible party spirit, I have been to Egypt about seven times now and every time I have ended up missing my flight home and staying longer as it’s so hard to leave, haha! The scene in London is amazing too, there is a huge variety of parties and they are all very different depending on which area you are in. East London is my favourite as it’s the most authentic and the crowd is more educated about the music but I’m a big fan of beach and outdoor parties so I would choose Egypt over London any day.