Darb 1718 Is Chaneling The Spiritual Sounds of SemaZen to Cairo!

The next edition of Music x El Sat7 will feature Jordan's grooviest, the SemaZen duo, for a much-needed dose of inspirational music. 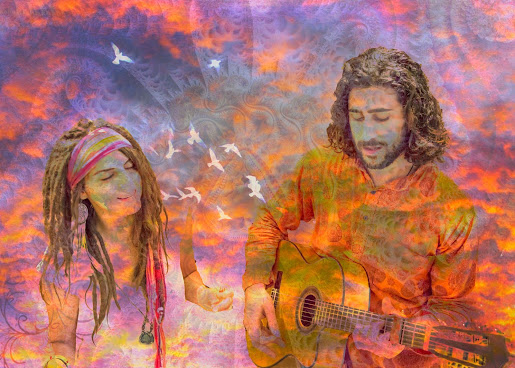 Jordan is famous for its gorgeous seaside and ancient sites, yet the Hashemite Kingdom’s contributions to the world are often downplayed, not the least of which is giving the world virtually the coolest, most easygoing, laid-back, and peace-loving Middle Easterners - that's a Herculean accomplishment in and of itself. Also, Queen Rania. Someone give this country a Nobel Peace Prize already!

In the hope that Jordan’s joie de vivre and overall relaxed friendly demeanour will rub off on our own city, Darb 1718 is bringing two of Jordan’s grooviest virtuosos - the SemaZen duo - to help you decompress and be a slightly better human being with their hearty breezy tunes. That’s right, Darb 1718’s next edition of Mazzika x El Sat7, set to be held on Sunday January 10th, is expected to be quite the spiritually enlightening and eye-opening affair. The duo’s music combines Rainbow songs, Sufi chants, Reggae anthems, and Hindu mantras to musically usher an inner peace and hopefully inspire other people to not blow shit up and be less colossal pricks in their daily interactions.