EP Review: Blufrank’s Latest Undulates Through the Crevices of our Regional Indie Scene

BLUFRANK's I Am Fine EP on UK label Anti Skate nearly slipped by us, but we managed to get to it just in time to ease out your weekend fun times. 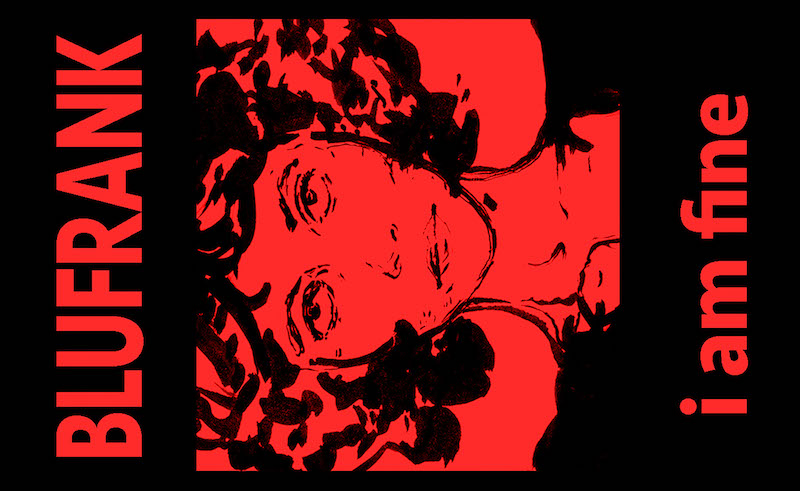 Not much is known about Blufrank, he himself asserts that he isn't quite sure if he even exists. We do know this however: this EP was recorded in home studios between Cairo and Luxor, as his nomadic semi controversial existence compels him to remain on the move at all times it seems.

The tools used in the synthesis of the obtrusive sound portrayed in this release are numerous, BLUFRANK uses a wide range of instruments and techniques. Electric guitars, drum machines, acoustic drums, egg shakers, maracas, a triangle, tambourine, field recordings, original sound design - all that went in to the making of this revered expression of self assurance.In the process of soothing himself BLUFRANK iterates through Nihilistic Delusion on track one, tells us we will Find It Dull on track two, allows us to VENT on track three, and conjures up distant memories of Ancient Astronauts on track four.

Three of the four tracks are laden with vocals, the third track however loses the expressive lyrics, trades it in for a vocal sample and delves into a soundscape showing off high pressure situations. Break beat formations are threaded with alarming synth lines, and a peculiar modulative treatment.

Mixing and mastering is ostentatiously demonstrated throughout the EP, crisp output quality folded in with gritty drum racks and industrial bass lines, falling over a superlative psychedelic theme. The artist prods towards an experimentalist nature - BLUFRANK's musical bread and butter - with a monotonic, minimalist cadence that is hard to ignore. It lingers in your ears for a while after its over, fortifying the need to play it again.

Find BLUFRANK on Facebook here and check him out on Soundcloud for more music.