Tired of partying in indoor venues with poor ventilation? Liquify All Assets is the outdoors daytime party enabling you to dance in the sun while overlooking Downtown Cairo from the terrace of an old and abandoned library! 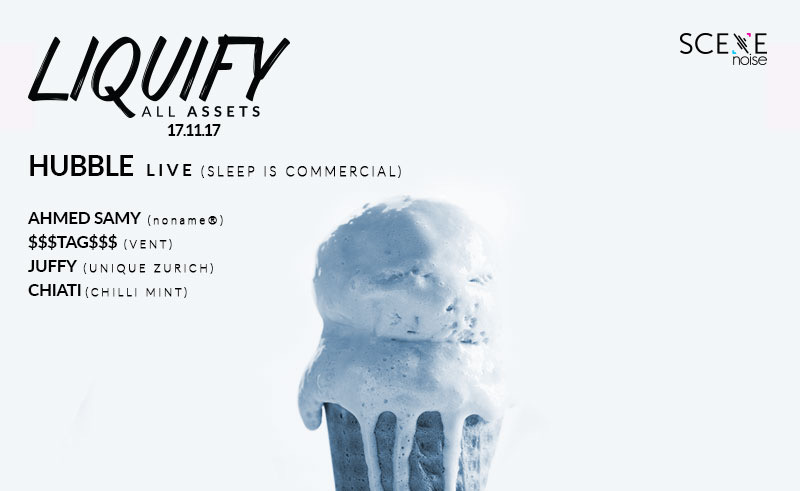 Cairo season is off to an amazing start, we know! The amount of awesome bookings to date since the end of summer far exceeds last year's calendar. Although we have been sick of the indoor, stuffy and poorly ventilated venues we have been dealt this season - we want to party in the sun with the sky above our heads before the coming winter freeze. This Friday November 17, Liquify All Assets will be taking over the terrace of the legendary Greek Campus' old library building, in a venue that has never been used before they will be hosting a whole lot of international and local acts. They will be providing a full day's worth of entertainment starting from 2pm going through till midnight.

Italian artist based in Berlin, Hubble will be visiting Egypt for the first time ever and will be gracing us with his very special live set. He has played everywhere from Berghain and Club Der Visionare in Berlin to the best underground clubs in Paris, Moscow, Tokyo and Montreal and massive festivals around the world. Hubble has been releasing records for almost ten years on labels such as Sleep Is Commercial, Archipel, OWL, and Soul.On - as well as remixes on Kompakt and many more. He also runs his own imprint DOMV - we’re not sure what it stands for but sounds like fun to us.Opening the day, scheduled for a 2 PM slot is Chiati, an Egyptian artist who held residency at Berlin underground abode; Chalet. He plays live as well as DJ sets and has released on labels such as Blindfold Recordings and Chilli Mint Music. He no longer plays at burger stores and sandwich shops with his boy band Bandetta, but has shifted to a more organic house music format appearing at some of Cairo's best nights out.Ahmed Samy is one of the veterans of the Cairo underground scene, known to be a diverse DJ and strong advocate of the vinyl movement. He runs his own vinyl mixing course Strictly Vinyl which is a vast source of knowledge for any vinyl enthusiast. He also has a weird obsession with cats and is known to be one of the leading cat horders in the region. Juicy Frisco aka Juffy is a Swiss DJ of Egyptian origin who’s dad used to work at a cassette tape store in Abdeen, Cairo before moving to Zurich. Juffy is part of Unique Zurich, an underground imprint that has constantly allowed him to play alongside some of the most talented DJs in the world. He will no doubt provide a stellar set - check out his all vinyl set posted on LoLife UK earlier this year here.$$$TAG$$$ is one of the leading experimental electronic artists to have come out of Egypt this decade. Part owner of VENT, he has hosted the Masafat festival, Boiler Room nights in Cairo, and curated many one off events that the city swears by to this day. Aside from his experimental industrial techno sound, TAG also plays an incredible house set that will make you feel like you were back in Chicago circa late eighties.The venue itself is befuddling, watch out for the official teaser scheduled for release tomorrow evening. Tickets are available with discounted pre-sale prices. Noise TV will be broadcasting this event live. Fresh talent Hannah Patten will be doing visual set, and a very special artist from the Liquify All Assets team will be doing an art installation.