Egyptian Indie/Hip-Hop label N/A Music Group rises from obscurity with Mellifluous, a mixtape rapped and compiled by one of the artists on their rosters, Mandou. 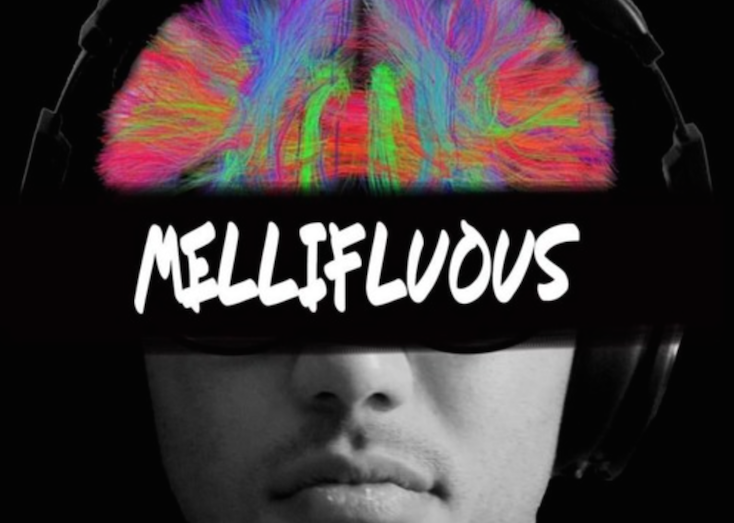 Hip-Hop - the older cousin of our own disgruntled youth musical movement, Shaabi – is, as some would argue, one of the most influential sounds of the century. What some would say that Shaabi missed when learning the ropes from its American-born cousin is the outstanding quality that Hip-Hop producers in the West have been associated with. N/A Music Group (NAMG’s) is an Indie record label that is based in Egypt and has existed for two years now, aiming to introduce a Westernised professionalism to the Egyptian Rap/Hip-Hop that is as of now, in their opinion, absent. We reviewed their latest mixtape, Mellifluous, to find out if they were able to accomplish their set goals.

Label boss and contributing artist, who goes by the moniker N/A Bill, says, “We founded the label two years ago with dreams of having and supporting a roster of artists aspiring to deliver fresh content that is not being offered in Egypt." He cites J Cole and Kendrick Lamar as his main influences right now, and labels like Strange Music and Dreamville as where he would like to see his label one day. Only three artists currently appear on the label’s roster: Alistotle, Mandou, and the head honcho himself N/A Bill. NAMG’s new mixtape is one that is reminiscent of what Hip-Hop used to be; giving it a spin, we found out that there is a story being told in each song. It’s slow moving, and the flow is nothing like today’s Trap and Hip-Hop – it’s more Indie Hip-Hop/Rap, if that is a genre. The beats are pretty organic - almost experimental - and the lyrics rhyme through most bars. Also, a lot of weed is being smoked!

The ten-track mixtape entitled Mellifluous is entirely performed by Yousef Mandour, aka Mandou. Not much is known about Mandou; he lives in Egypt and, as label boss N/A Bill tells us, is majoring in Music Tech at the AUC. It seems like he’s a new face to the Egyptian Hip-Hop scene. The songs themselves are all mostly technically efficient, which shows the boys’ ability to indeed bring in a production quality that is as of yet unprecedented. One thing, though: most of the songs talk about getting high - like we said, lots of weed is being smoked throughout the entirety. It gets a bit redundant, but some tracks do stand out.

The first track out of the bunch, called Deuces, is dope. It starts really slow, with some nice keys playing while a synth hangs above it. The beat is slow moving, and Mandou’s lyrics and flow are what makes the track stand out. He is giving an account of the trials and tribulations he faced while growing up. The song’s style and the story being told are so reminiscent of Kid Cudi’s Man on The Moon album. As Mandou talks about growing up, smoking weed in Arizona, and blossoming into adulthood, the beat cuts into break and the rap slows down with the synth still in full force, sounding very organic and quite different than the usual.

The second track we liked is Believe Me, a much faster paced song where Mandour is rapping about telling people they should believe that he’s going to make it as a rapper. He repeats the words ‘believe me’ several times during the hook - we believe you, Mandour! He also goes on about smoking weed. We get it, man; you’re a stoner, you love weed - who doesn’t?!

The rest of the tracks lacked in originality; they are basically either talking about the same ideas (smoking weed and getting honeys) that are represented in the main two or three tracks that make this mixtape worth listening, or are utilising a different theme but the same sounds in the other tracks. Still, the 10 songs come to 30 minutes, which is why we believe they decided to release it as a mixtape instead of an album.

It's clear that Mandour is still at the early stages of his musical career and, although he’s got his unique style and flow, his lyrics are a bit redundant with the weed smoking - must be all the weed making him forget that he rapped about smoking weed in his last song. What we do see is that the kid has definitely got a talent and if he is able to integrate topics that people living in Egypt can relate to, that would make him more relevant. It wouldn't hurt to cut back on the ganja Rap, either!

In relevant news, the label that Mandou is signed to, NAMG, is releasing a new single expected to drop next Friday, so keep an eye out for its release. The label is looking to add more artists to its roster and is willing to allow local talents to use their new studio that will be ready within a few months. So, if you’re a rapper and think the label’s direction suits you, hit ‘em up on their Facebook page here.