Saudi-American pop singer Tamtam releases 'Hollywood No' with a music video shot entirely on her iPhone. 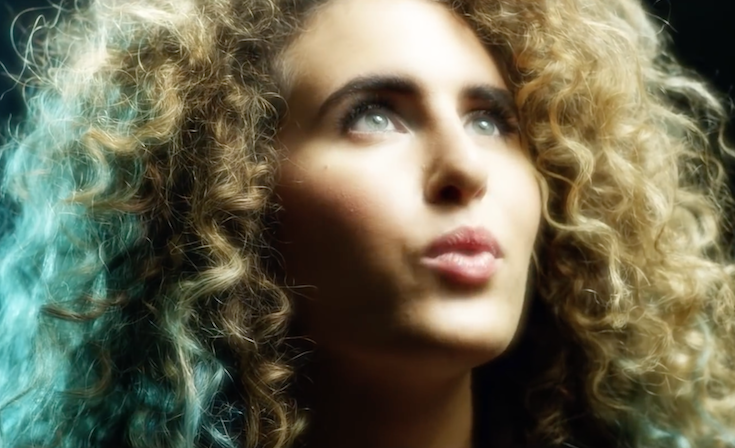 The name Tamtam may not sound all that familiar yet, but we can almost guarantee you’ve heard one of her songs somewhere, sometime in the past few years. Be it Little Girl, Gender Game, We’ve Got Wings or Old Soul  her songs have spread between attentive and unsuspecting ears alike. The Riyadh born and raised singer moved to Los Angeles as a teen and has been breaking molds ever since, shattering one stereotype after another.

Her songs have stood out for their themes and topics, delivering clear messages unlike a lot of music that’s considered pop nowadays. Owing a lot of her influences to Michael Jackson, she told me - “Growing up, I listened to Michael Jackson all the time! He is my biggest musical inspiration because he has so much emotion in his voice and he is always telling a story.” If you’re not from this planet you’d probably still know that Saudi pop singers are quite the find, and that pop singers with a message are also a rarity. Tamtam happens to be the seldom combination of both. “With hundreds of thousands of views on her songs and multiple “Best Music Video” awards at several festivals, her career is far from peaking with a whole lot of success yet to be accomplished. We asked her about her career and the struggles she faced as a Middle Eastern artist.

“The hardest part about coming from the Middle East and working in music in LA, is truly believing in what you are doing despite knowing that there are people who are going to disagree. At the end of the day, the struggle comes from our own thoughts, not anyone else's. So the longer you work on your craft, the more you understand who you are and what message you want the world to receive from you, and that's when you stop thinking about what other people are going to say, and you just keep going.” On her newest song Hollywood No the singer tackles a new topic - the trials and tribulations of independent musicians trying to pursue their careers in the more than treacherous music industry. The stories are no secret, but they’re hardly the widespread song theme. Tamtam manages to present these stories by borrowing the common storyline of trying to make it in Hollywood. The song covers the rejection that artists face, the pressure they’re under and the fake lives, friendships and glitz and glamour of it all.

“My lyrics are definitely influenced by my life and my experiences, Gender Game is about standing up for a gender equal world, and I wrote about that because I was afraid of doing music and showing my face to the world because of what other people from my country might think. My latest single Hollywood No is about the struggles of making it as an independent artist in Hollywood.”The music video is filmed in Hollywood, no surprise there. It takes the viewers for a tour through the Hollywood boulevard and the walk of fame where many street performers struggle to make a living daily. She took on the challenge of filming the entire video on her iPhone to prove that you can still get your work out there and catch people’s eyes and ears. “Yanin (Gonzales) and I filmed this video on my iPhone to encourage + inspire other independent musicians to find new and creative ways to accomplish their goals, no matter how many Hollywood No's they receive” - Tamtam posted on her Facebook. Finally, we had to get her impression on the development of arts and music in the region at the moment.

“I see that there is so much talent in the Middle East when it comes to the arts: music, film, art, fashion..etc. And it makes me so proud to see that the arts are now being encouraged more than ever in that part of the world! I am so lucky to be a part of this time where what I do can be accepted by a lot of people in my country, and that in itself is extremely inspiring to me. So many of my fans are Saudi, and I have the biggest smile on my face when I read their words of encouragement! I would like to give back to my country and my people by encouraging them to follow their dreams, and showing them that you can still be true to yourself and do what you want at the same time.”

Check out Tamtam’s Facebook for more updates and listen to songs on her Soundcloud.