THE MAN BEHIND THE NAZMI

It’s not often you come across a classically trained musician with a style modern and unique enough to draw in a crowd of bright young things, but Ahmed Nazmi is just that. 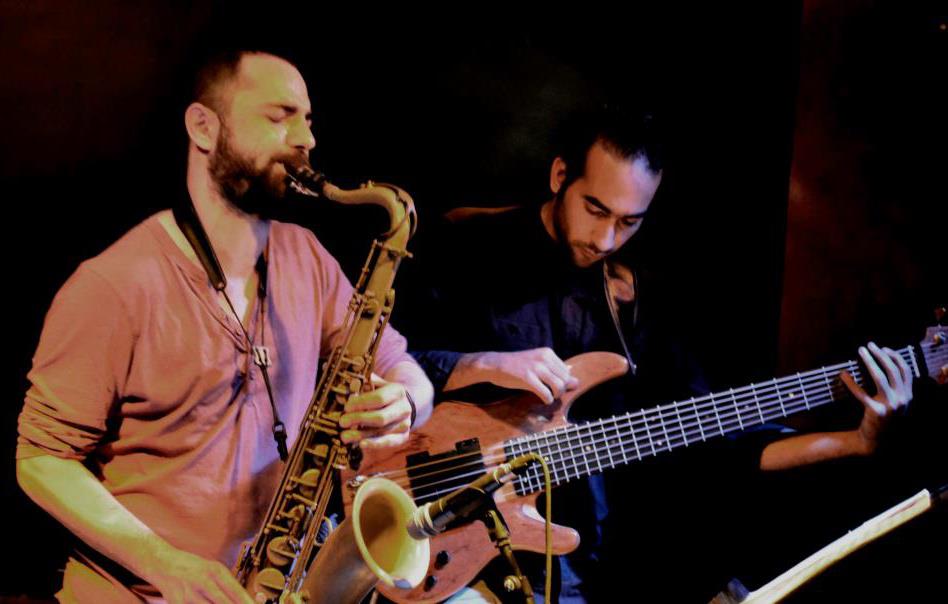 Playing music since the age of six, it wasn’t until he was 14 that he seriously found his groove, concentrating on the bass as his melodic weapon of choice. Ahead of the launch of his new album Ethbat Hala at Cairo Jazz Club, Sunday, 17th March, we chat with the man who’s worked with the likes of Yahya Khalil, Marc Bischoff, Fathy Salama and Mohamed Mounir…

How did you get into playing the bass and at what point did you think, “Wow, I’m one of the best motherfucking bassists in Egypt”?

I started playing the bass when I was 14, in my small hometown. A friend of mine told me that there was a band who are looking for a bass player, and encouraged me to try. I had no clue how to play this instrument but since I was also playing classical guitar at the time, I had the guts to give it a go! I don’t know why I got accepted into the band as I thought I was terrible.

Well, as I said, it was a complete coincidence that I got into bass! I actually wanted to play piano or keyboard in my hometown of Meitt Ghamr but I couldn’t find a band to play with. I believe that the bass guitar chose to play me; I simply fell in love with it, after trying to play without knowing how or hearing anybody who plays it who could be an influence. But I’m dearly thankful for the circumstances that made me pick it up. As for the chicks, perhaps they would be more interested in guitarists but if the bass player is better, musically, he’ll definitely get more attention!

How would you describe your music to someone you’ve just met?

I would say it’s modern jazz, with a touch of Egyptian folk. As for Ethbat Hala, it’s more of a meditative and spiritual kind of record.

When we listen to your music we imagine you hallucinating in the middle of the desert looking to a spiritual fox for advice. How accurate is this? Where and when do you get your biggest inspirations for your song ideas?

You’re kind of right! I knew exactly where I was mentally and emotionally, while recording this album. I was in a state of inner-peace and I had the desire to document the way I felt through music. The title,Ethbat Hala, is a description of the changes in my life since the revolution started. I have to admit that I underwent a serious change in my relationship with music as a result of the Egyptian revolution. I began to look at playing and composing from a very different perspective, one that had been completely alien to me. Before the revolution, and throughout my musical journey, I abhorred doing anything that sounded Oriental in any way. Why should I? The Oriental school of music was something of the past and had no relevance to me at that time. My instrument, the bass guitar, is a modern and Western invention. I am a musician of the current age. There was no place for the Oriental heritage in my view. Afterwards, there was an intense period of self-interrogation that I took seriously. And my music changed. It is still instrumental, kind of sophisticated and abstract, with many international fusions, but it also includes my explorations now into an identity, heritage and belonging. I started to feel my roots. I am Egyptian. I even found that being connected to the land and to the people gave me a whole new dimension of strength.

What other musicians or bands do you admire in Egypt’s music scene?

I do admire originality in particular so I’d say Fathy Salama and Abdo Dagher.

The album cover for your latest release depicts a hand drawing a circle chained to hand-cuffs. Why didn’t you just use a compass?

I didn’t use a compass just because I wasn’t lost in the desert when making this music! My album cover of a hand drawing a circle chained to hand-cuffs is simply telling us that, sometimes, we limit our imagination by ourselves. My message was to open up your mind and do not put limits to what you could think of achieving; you are what you think of!

Any advice you’d give to aspiring bassists out there?
Yes. Work very hard and be yourself. Don’t be a clone of anybody.

What can we expect from your performance at CJC on the 17th?
I can’t answer that question just yet!

Don’t miss Ahmed’s much anticipated performance for his album launch at Cairo Jazz Club on 17th March by booking here. Keep up to date with Nazmi’s music and schedules on his Facebook page here.