Dhafer L'Abidine to Star in Arab Adaptation of 'Prison Break'

Tunisian actor Dhafer L'Abidine is about to take on his biggest role yet. 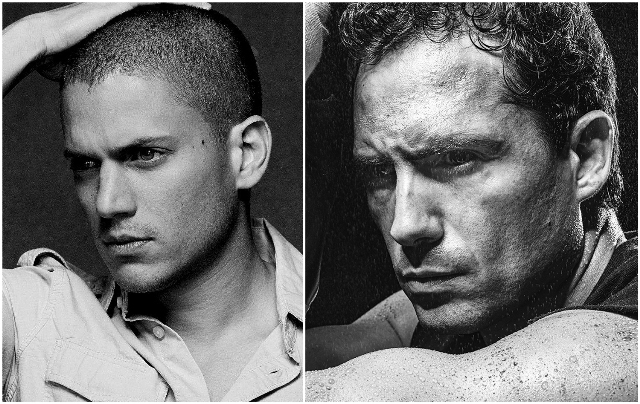 You've seen him in Ta7t El Saytara, Neeran Sadiqa, Vertigo, and many other popular Egyptian series (although let's be honest, the preternaturally good looking actor shot to fame through his role in the former, suddenly becoming the heartthrob of the moment with girls, mamas and tetas across Egypt swooning), but the next project that Tunisian actor Dhafer L'Abidine is taking on might be his biggest yet. He's portraying Wentworth Miller's lead character, Michael Scofield, in the Arabic version of Prison Break.

It's quite the honour take part in such huge adaptation of a Western series. L'Abdine earned his acting degree at the Birmingham School of Acting in the UK after switching careers from playing professional football, and it seems like he made the better decision. His reaction to landing his latest role was, "I am very happy to be part of the Arab version of such an exciting and classic TV series. Prison Break is a thrilling show and I'm so looking forward to start filming." Trust us; so are we.

Apart from being the face of Vodafone Egypt and starring in mostly Egyptian series, L'Abdine was also featured in the Tunisian series Maktoob, and has also appeared in big Hollywood productions such Sex and the City 2 that was filmed in Abu Dhabi, The DaVinci Code, Hologram for the King alongside Tom Hanks.

The Prison Break series talks about a man who breaks out of prison - surprised yet? The American version received critical acclaim, including Golden Globe nominations and millions of views, as well as huge popularity in the Middle East. The highly anticipated Arabic version is scheduled to start shooting sometime around the beginning of next year with Shad Agzaa's Hussien El Menbawy as the director, while El Feel El Azra2's production company, Lighthouse Films, takes the producer's hot seat.