The emblematic photographer, who recently visited Jordan's Zaatari camp, is showcasing his latest project 'The Dream is Still Alive' at Intercontinental Cairo Semiramis. 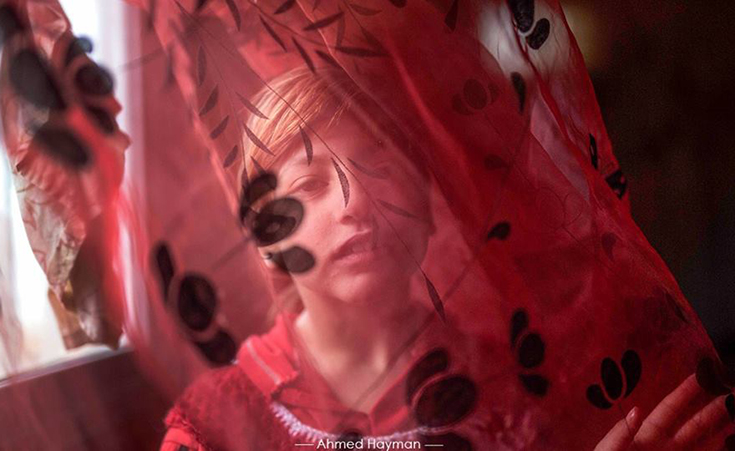 Ahmed Hayman, the iconic photographer behind the heartwarming Egyptians project, is presenting his latest project, titled The Dream is Still Alive, which delves into the dreams of women and children in Zaatari’s refugee camp.

Organised in parallel with a conference on female refugees by the Arab Women, the exhibition began today and will run until tomorrow, May 5th, at the Intercontinental Cairo Semiramis hotel. “I wanted to do an exhibit of Syrian refugees in different contexts. My idea was 'enough of bloody photos of people dying; people are fed up of seeing these kind of photos and end up not following the case of Syria anymore',” the photographer tells us.

Last week, the Syrian town of Aleppo saw some of the worst violence in the five-year conflict, with at least 250 people killed in clashes and bombardments as a cease-fire was broken. Hayman, who recently visited the Zaatari refugee camp located close to the Syrian border, sheds a light on the human element underlying the political narrative, as he explores the dreams of those who were forced to leave it all. “I wanted to change the idea and make people think again; the public had enough of seeing images of war, so I wanted to attract them differently by focusing on their dreams and hopes. These are the portraits of people who are like us, so we can all relate,” he tells us.

Through interviews with mothers, daughters, wives, and sisters, Hayman highlights the suffering of a broken population. “There are a variety of dreams; from those who want to become teachers, change the world, or be a part of society, to the basic dream of a little girl who wanted to see her mother again, five years after being separated from her,” the photographer narrates. “There was a girl whose basic dream is forgetting how she saw a man killed in front of her eyes. These stories are something different to see, helping people put themselves in refugees’ shoes, appreciate, and think in a different way.”

Added to his stunning images, Hayman has put together a visual experience, set in a black room where LED-lit portraits glow in the dark. “The idea was that people were able to have a visual experience and meet those characters face to face. They can read their dream and relate to them. You see them as LED screens, and it looks as if they were looking to you,” he explains.

At the end of the display, an end-point portrait stands as a statement: an old lady, almost crying, says, “We are trying to convince people that we have the right to live, which is very scary. My dream is to go back.” Next to her, the portrait of a stunningly beautiful one-year-old girl stands as a symbol of their future.