Playing CJC next Saturday, Shereen Abdo has been pioneering a certain niche folk/rock sound, touring and making music with some of the region's best talents. 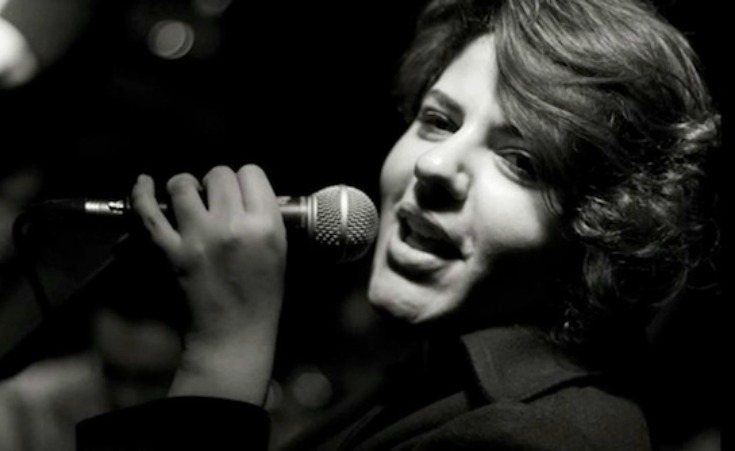 It's been five years since Shereen Abdo started singing; she's been doing it her whole life, but, professionally, it's only been half a decade. Within that short time, Abdo has been relatively busy, working with some of Egypt's best musicians, touring Lebanon with Lebanese sensation Ziad Rahbani, gracing the stages of venues all over her own country, and recording numerous original songs - staples in her live performances. Clearly Abdo is good at getting a ton of stuff done in a very short period of time – a better multi-tasker than any of us will ever be – having accomplished in five years what many musicians haven't been able to accomplish in a decade. So it's no surprise that when we messaged her for an interview, she promptly managed to squeeze us into her schedule. Did you receive any formal training prior to singing professionally?

When I started working with Fathy Salama and Maged Soliman.

Tell us a bit about your sound - Egyptian folk music; what are the main characteristics of the genre?

I don't only sing folklore; most of my works are originals of my compositions, some of which are influenced by folklore. The sound I produce is purely Egyptian singing lines on diverse styles of music, but all share the spirit of rock.

Who or what inspired you to start performing this music?

I had a passion for rock since I was a kid, and suddenly all the melodies just came to me and I knew what I wanted – the overall shape played out in my head. My inspirations were Fathy Salama, Sting, Marilyn Manson.You did some shows in Lebanon, what are some of the factors you found to be present in shows there that are missing from the live music scene here in Egypt?

An active scene, and people listen to live music as a part of their daily routine.

What was it like touring with Ziad Rahbani, and what was the most important thing you learned from him?

What are you preparing for your next gig at Cairo Jazz Club?

Did you ever go to a gig and decided not to play? What was the reason for it?

Nope, but I quit a couple of projects due to lack of organisation and bad time keeping.

Who are Al-Warsha Troupe, and what is it that they do with you?

The place I was working with - Dr. Maged’s place; they are mainly a theatre troupe but they adopted singing training as part of actors training.

If you could play/sing with one famous musician, dead or alive, who would you pick?

Catch Shereen Abdo at Cairo Jazz Club next Saturday the 12th and visit their event page for more details.