As Dr. Nicholas Reeves gave a much-anticipated press conference this morning, regarding his research and theory about the resting place of Nefertiti, our resident Egyptologist Emil Diephus takes us through the possible outcomes. 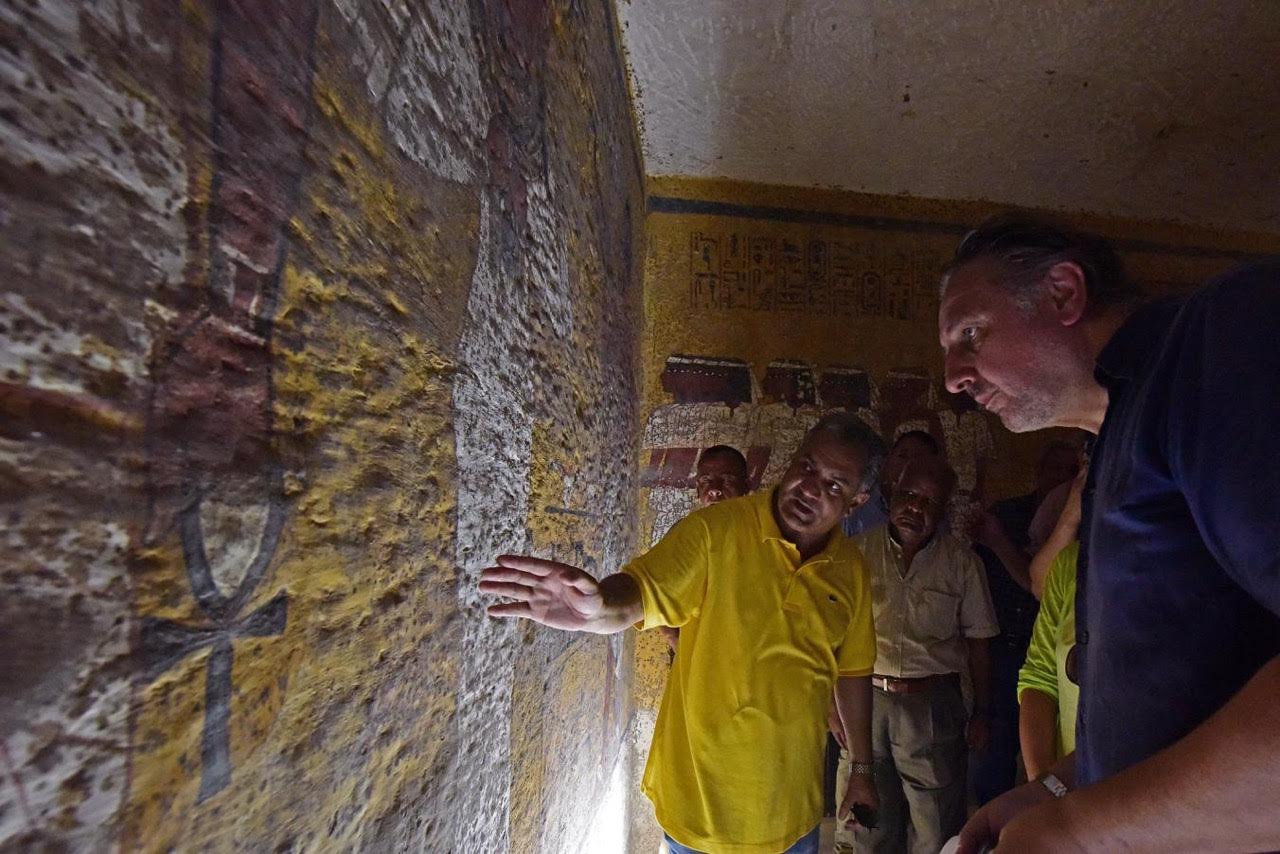 Renowned British Egyptologist and archaeologist Dr. Nicholas Reeves, the man who got the world talking about the impending discovery of Queen Nefertiti’s tomb, gave a much-anticipated press conference this morning. Joined by the new Minister of Antiquities, Dr. Mamdouh El Damaty, Reeves’ confirmed the “seemingly presence of two intact doorways,” in Tutankhamun’s burial chamber. Dr. Reeves’ went on to take the press through his evidence that lead to his “dramatic conclusions,” that behind the passageways is the elusive resting place of the lost queen based on the size and shape of the annex which hosts Tutankhamun, as well as peculiar décor and structure.

Infamous Egyptologist, Dr. Zahi Hawass, was quick to criticise Dr. Reeves about his theory that the resting place of Nefertiti was just waiting to be discovered, saying that media hype has blown things out of proportion. More scathingly yet, Hawass was critical of these modern day Egyptologists saying that if something were to be found, it would have been already found.  "Howard Carter worked in the tomb for ten years. I am sure he was looking everywhere to see if these walls were solid or if there was something behind them. We always do that when we discover a tomb. Otto Schaden, when he found KV 63, examined every place in the tomb to see if there were more rooms,” he told Al Ahram amid the global media obsession with the news of Reeves’ theory which CairoScene broke in August 2015. Hawass also told The Art Newspaper there was “very little evidence” to support the idea of a hidden burial chamber for Nefertiti connected to Tutankhamun’s and said he thinks the theory will “die.” But shortly, he changed his opinion; it is, after all, good publicity for Egypt. "I am happy to see how much attention this theory is getting in the international press and on social media because the article is bringing great publicity for Egyptology, and we need this today to bring tourists back to Egypt.” The Minister of Antiquities, Dr. Mamdouh El Damaty, was from the start interested in the possible new rooms in the tomb. He called Dr. Reeves and discussed the evidence after which he was convinced that the theory was backed up well enough that further investigation was worthwhile. After investigating the tomb last week, more evidence supporting Dr. Reeves’ argument that there are two hidden passageways was found. Not only did traces in the plaster and cracks in the walls indicate that, but the chisel marks on the ceiling look very different in the direction of the rooms, suggesting that the burial chamber and the first storage chamber were once both part of a large passage hallway and were suddenly blocked by a wall with inscriptions. “Investigations of Tutankhamun’s burial chamber ceiling prove that it extends beyond the northern and western walls,” Dr. Reeves insists.

The team led by the Dr. El Damaty and Dr. Reeves are now almost certain that up to 70% certain that these two passageways exist, with one room belonging to Tutankhamun himself and the larger passageway to another tomb. However the minister is not convinced that it will be Nefertiti. He suggests that it might be Queen Kiya (another wife of King Akhenaten), thought to be Tutankhamun’s mother, or Meritaten, of the 18th Dynasty pharaoh. The minister did not provide specific evidence but this seems to me unlikely. Pieces of Kiya’s canonic jars that contained her mummified organs were found in another tomb in the Valley of the Kings (KV55). This should mean that it’s almost impossible that her intact burial is in Tutankhamun’s tomb.

There are a few options that seem more likely:

At this moment more research is done by ground-penetrating radars and thermal imaging. These radars can look through walls to see if there is a space behind without damaging the décor or structure.