When Eihab Boraie caught wind of Waves - a part-animated documentary - and its tale of the often ignored Suez and its influences on the Egyptian revolution, he couldn't take his eyes off it. He speaks to film-maker Ahmed Nour to find out more... 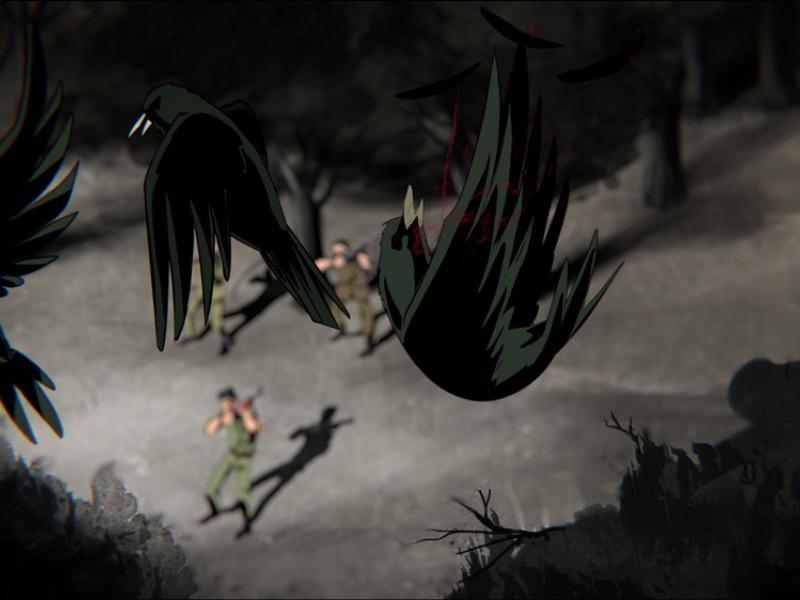 Three years into the Egyptian revolution and not much has changed, except for the fact that Egyptians have found their voice. As a result, there is an exponential growth in great documentaries by Egyptians about the ongoing political struggles facing the country, albeit few platforms to showcase them on.

One filmmaker who has found his voice is Ahmed Nour, and the story he tells is not about Tahrir, but about Suez and its historical struggles and resilience that lead to their outcry against Mubarak and ultimately his ouster.The documentary in question is named Waves and is Nour’s debut feature length film. What sets it apart is the fact that it is comprised of a quarter animation, a quarter altered stock footage, a quarter interviews, and a quarter of poetic imagery. This unique combination took three years to make and offers an interesting watch that succeeds in not being too monotonous.

The film is split into five ‘waves’ that details five major moments in the film-maker's life. It begins with a prophecy by a soothsayer that apparently told Mubarak his end would be in Suez, which may be the reason that during his 30 year rule he failed to visit Suez once, despite the fact it is a one of the most important revenue generator for Egypt.

As each wave passes, a new question is asked and answered. Nour and his team skilfully illustrate and highlight the degradation of what was once a beautifully clean city, where citizens had access to public beaches and parks, drinkable water, and employment. However, as the film shows, that is all in the past. Now Suez is the exact opposite and the crows that Nour once called friends lay dead in the park, much like the dreams of its residents that call canal town home.

What makes this sad story beautiful to watch is the attention to detail, even with its use of stock footage. “I didn’t use the footage as it was, we projected it on a screen and I filmed them using certain camera lenses. Afterwards they have been treated in the on-line editing using some effects in order to give a certain impression to the film,”  Nour tells me.

The absolute highlight of the film is the use of animation that helps separate the varied perspectives that help narrate the story. The animation is beautifully created by a team from Paris, Morocco and Damascus, and reminiscent of films like Waltz with Bashir and Persepolis. Nour explains:  “I didn’t want to compromise in my artistic decisions. Finding the proper crew of artists involved in the film was a hard mission, I had to travel a lot and meet many artists and make many tests, in order to find the artists I need to assist me in the film.” That being said, I can assure you that he did find the right team and together they made an eye-catching film, though, in retrospect, I believe that it would have been an even stronger work of art if more animation was featured throughout the film.

This film is important documentation of a city that is all too often looked down upon and forgotten in Egyptian society. Unfortunately, it has not been made available to the public, even though it has been screened at festivals to great feedback. According to Nour, “ We are looking for brave distributor in Egypt, who can help get the film into cinemas so the public can watch it; we don’t make films for cultural centres! We make films for ordinary people, and I think people really need this new wave of Egyptian cinema.”

We highly suggest keeping eye out for this film as it awaits distribution. In talking with Nour, it was clear to me that that this man had a passion for film-making and story-telling, and hopefully, in time, we will see more of both. “There’s a lot of stories, Egypt is full of exceptional stories, but we need support as film-makers and our films need a platform to be screened throughout the year,” explains Nour.

Hopefully the success of the Oscar-nominated documentary The Square, will help shine a light and help strengthen a new platform for Egyptian cinema, because at the end of the day there is a lot of history in Egypt, and the world needs to know how we got to this point in time. Thankfully, Waves accomplishes just that with true artistry.

Keep up to date with Ahmed Nour and Waves and find out where it'll be screened next on the film's Facebook page here.