Passenger Abdallah El Ashmawy, who was on board as EgyptAir flight MS181 was hijacked last week, narrated the hilarious account of passengers' reactions on the unfortunate flight. 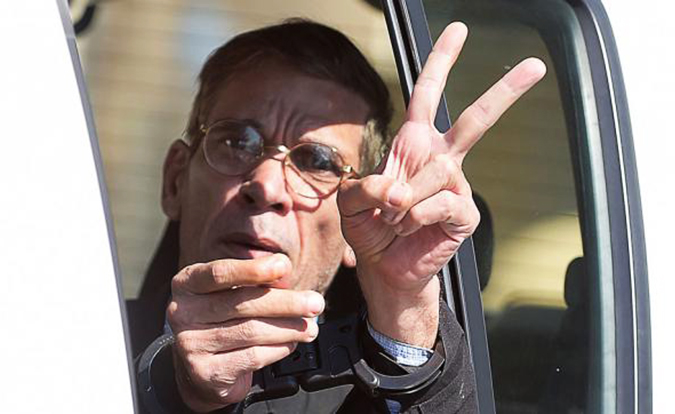 It seems there were more than just repeated selfies with EgyptAir hijacker Seif Eldin Mustafa on the now infamous flight. A newly-released witness account of EgyptAir flight MS181 emerged this weekend, exposing the strange and sometimes downright hilarious reactions of some of the passengers of the flight that made headlines worldwide, as it was forced to land in Cyprus by a rather unusual hijacker in a desperate effort to reach his Cyprian ex-wife.

The witness, 31-year-old surgeon Abdallah El Ashmawy, told BBC Newsbeat that he was on the Egypt Air flight when Mustafa allegedly hijacked the plane. He recounted that one of the passengers, having noted that there was mobile network while they were approaching Cyprus, began making loud phone calls shouting “I’m hijacked, I’m hijacked,” to the anxiety of the rest of passengers, who feared it might irritate the hijacker.

"One guy was calling his wife, telling her that there was some money in a secret bank account she didn't know about. She was asking for lots of details,” El Ashmawy added. After the plane landed, and as passengers were left to wait at Cyprus airport for a long time, another passenger received a phone call. "The news had wrongly mentioned another man, Ibrahim Samaha, as the hijacker so after the plane landed, his wife called him and asked him why he hijacked a plane,” he told BBC.

But perhaps the most hilarious reaction was that of a man who had managed to keep a whole frozen chicken in his hand luggage during the flight, until he was stopped by airport security before boarding the plane back to Egypt.

"He was angry when the security guard checked our bags and told him: 'No you cannot take a chicken on board'. The passenger refused to hand over his chicken. At that point it was just water and a chicken in a plastic bag. Then the guy said in Arabic: 'So you allowed a man with an explosive belt on the plane and don't want me take my chicken on board?'” he said.

The man was finally allowed to take the chicken on board. "To end the discussion the chicken was put in the fridge on the plane and he took it when he was leaving. The whole rest of the flight he was talking about his chicken,” El Ashmawy said.