The UNHCR has released a heartbreaking film wherein Angelina Jolie tells the terrifying story of a Yazidi woman in Iraq and the loss of her husband and children to ISIS. 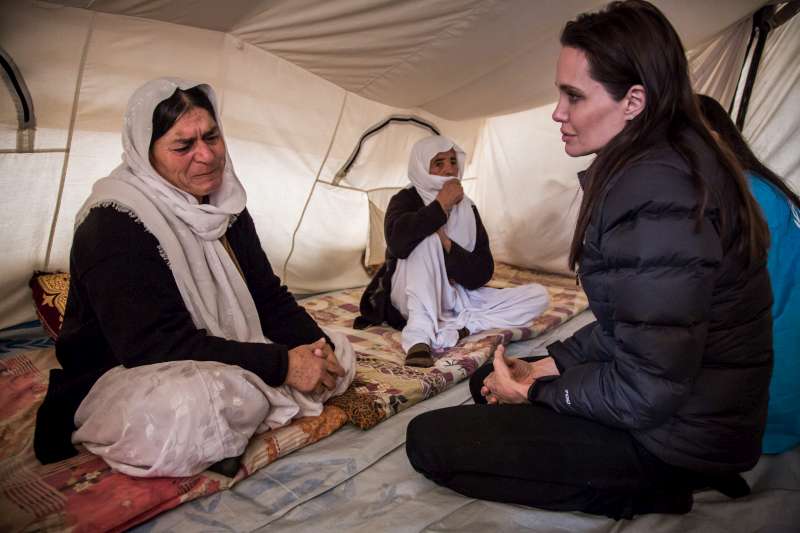 Angelina Jolie traveled to Dohuk, Iraq in January as the UN Refugee Agency’s Special Envoy to visit Syrian refugees and displaced Iraqis that have suffered from the terror of ISIS in the region. On her visit, the Hollywood heroine met Naseema, a Yazidi woman whose entire family was captured by the militant group last summer. The heartbreaking story has now been released by the UNHCR in a video that will make every eye tear up. Spoiler Alert: There is no happy ending.

While sobbing profusely, Angelina Jolie reports of how Nazeema’s entire family was snatched by ISIS and held captive in a barren house. Her 9-year-old daughter was snatched from her arms, with a militant telling her she either gives up her daughter or herself and her entire family will be killed. Her eldest daughter was taken just outside of Nazeema’s own house, with no trace or sign of her whereabouts today.

For five months, Nazeema was held captive with little food or water along with her youngest children. After her daughter was taken, she and her two youngest sons were set free in January. She is still missing two daughters, three sons and her husband. ISIS regards the Yazidi ethnoreligion as devil-worship and as such enslaves them, along with other religious minorities.

Thousands of Iraqi women have suffered Nazeema’s fate, with over 2 million people being displaced due to ISIS activities in 2014 alone. The Guardian released two more of Angelina Jolie’s reports earlier this month, telling the story of a young family that could escape from captivity and Amusha who had her daughter taken away from her in front of her eyes.