Finally, anyone who isn’t white or yellow can find their shade of ethnicity to express their emotions! 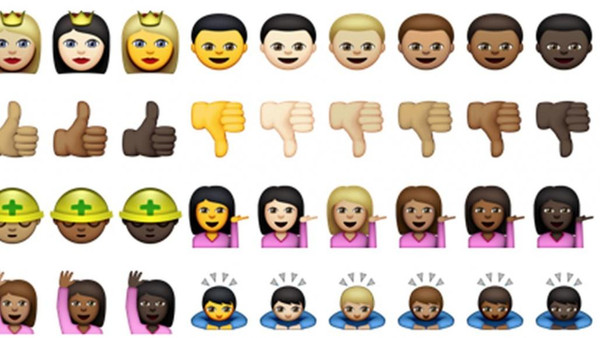 One can argue that Apple changed the way we listen to music with the introduction of the iPod. Then they followed it up with redefining the telephone with the ever popular iPhone. With a history of innovation, Apple shows no signs slowing down as they have just unveiled the biggest innovation possibly to date. Drum roll please…The latest beta version of Apple’s iOS operating system will be introducing ethnically diverse emojis!!!

You heard right. Finally, anyone who isn’t white or yellow can find their shade of ethnicity to express their emotions. The expanded emojis go beyond race, providing brand new same-sex relationship emojis including families with two mothers or fathers.

According to The Guardian, the emojis are currently only available to testers at the moment but is suspected to be released in the coming months. The new emojis are likely an attempt to tackle the longstanding criticism that emojis lack racial diversity. Talking to CNBC, an Apple spokeswoman claims that "Apple supports and cares deeply about diversity, and is working with The Unicode Consortium to update the standard so that it better represents diversity for all of us." The only question left is whether racially diverse emojis will be enough for iPhones to overcome the surge of Androids determined to take a bite of the Apple empire.