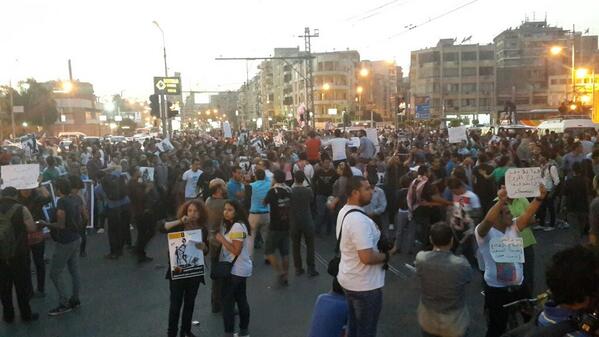 The Court for Urgent Matters has slapped a ban on all activities by the April 6 Youth Movement. The group, which formed a large part of the 2011 uprising, is accused of espionage and defaming the Egyptian state. Lawyer Ashraf Saeed is thought to have filed the lawsuit. He called for interim President Adly Mansour, Prime Minister Ibrahim Mahlab and Interior Minister Mohamed Ibrahim, to freeze the movement's activities and confiscate its headquarters.

The news comes just hours after a court sentenced to death 683 supporters of ousted President Mohamed Morsi, including one of his Muslim Brotherhood movement leaders, Mohamed Badie. The same court reversed 492 of the 529 death sentences it passed in March, replacing the capital punishment for most convicts to life in prison. The latest sentences passed on Muslim Brotherhood members came over charges relating to an attack on a police station last year.