Egypt is now among the countries with the highest risk of experiencing a terrorist attack, according to a new study by Maplecroft. 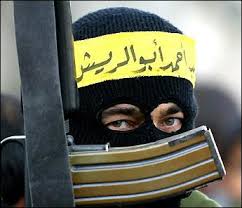 Egyptians are among the world's most likely countries to fall victim to a terror attack, a study claims.

Egypt ranks alongside China, Libya and Kenya in countries which suffered most significant increases in the risk of terrorist attacks over the past 12 months.

The figures come just days after 21 border guards were killed in an ambush along the Libyan frontier.

Maplecroft's annual Terrorism and Security Dashboard also found that the number of people killed in terror attacks globally have risen by a third in the past year.