Egypt's Journalistic Syndicate will be hosting a rally today to condemn the tragic Charlie Hebdo incident... 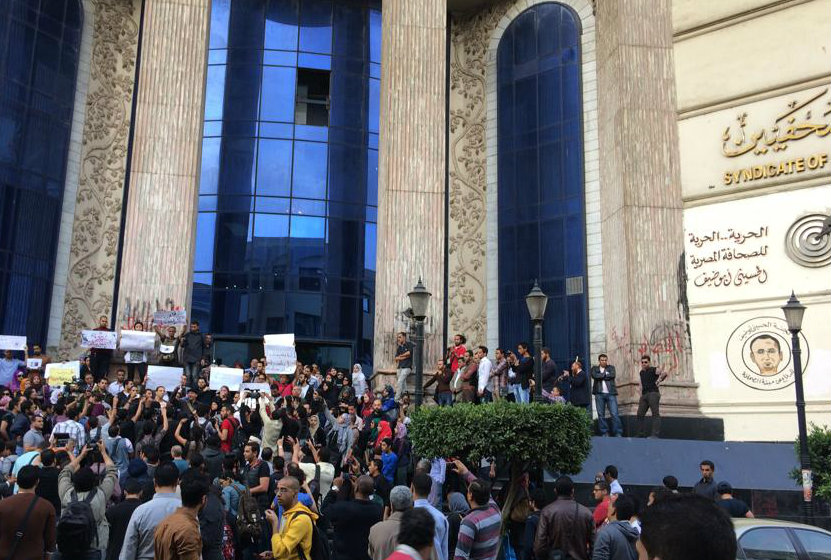 The recent Charlie Hebdo attacks in Paris have sparked an avalanche of worldwide rage and endless debate over freedom of speech, and Egypt is no exception. The incident, which saw gunmen open fire on the Charlie Hebdo offices in Paris, in a shooting spree that killed at least 12 people, most of which were journalists, has instigated international conversation and controversy.

Today, a rally is set to take place in front of Egypt’s Journalistic Syndicate headquarters in Downtown Cairo at 2 PM to condemn the terrorist attack.  All the members of the syndicate and its council will be participating, to defend the importance of freedom of expression.

Charlie Hebdo was well known for its satirical and often controversial cartoons on both political and religious leaders, and has in the past, published drawings mocking Prophet Mohamed. However, Egypt’s journalists, President El-Sisi, and Al-Azhar, are all still standing by the importance of freedom of speech, and have all expressed their outrage and condemned the brutal attack and the assailants who carried it out.

The Journalistic Syndicate has stated that the attackers "cannot belong to any religion, especially Islam. They are only savage killers". This rally takes place in congruence with many other similar rallies occurring across the globe right now, as legions of people express their anger over the tragic incident. Following the rally, a press conference will be held by the Council of the Journalistic Syndicate.